The Will Mortimer Intervi...

The Will Mortimer Interview: MIKE BARTLETT 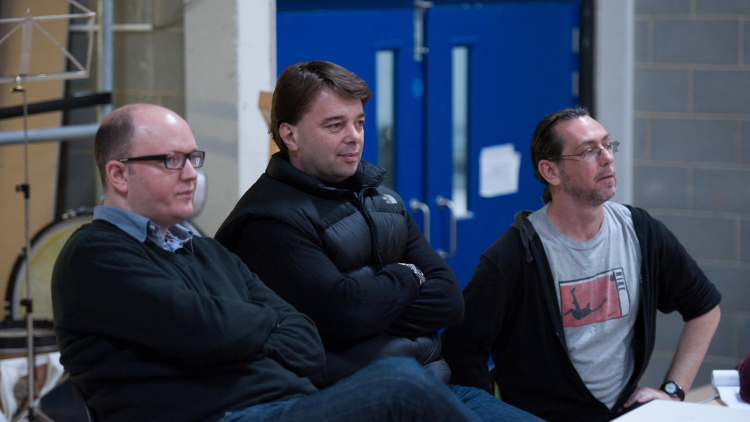 Hampstead Theatre’s Literary Manager, Will Mortimer, talks to Mike Bartlett, who has adapted Chariots of Fire for the stage:

Will Mortimer: Chariots of Fire is such an iconic film, did you know it well before you were asked to adapt it? And if so did you have any initial concerns about the possibility of doing it?

Mike Bartlett: Yes, I knew the film quite well. When I was at primary school the Vangelis theme was often sung when we ran on the field, and there are so many iconic images – the runners of the beach, the Trinity Court dash, the Olympics, and Liddell facing an inquisition for his refusal to run. What I hadn’t remembered so well, until I re-watched it, was the underlying themes. A Christian Scot and the son of a Lithuanian Jew, both in dialogue with the idea of being British. As for concerns, I think my first question was “Is Vangelis on board?”. I never like adaptations if I feel like it doesn’t have the blessing of the original creatives. Luckily, not only was Vangelis involved, but Hugh Hudson who directed the original film, and Lord Puttnam, who produced it, are both involved with this version.

WM: When you were writing the play did you have a sense of what the design of the piece might be, and therefore what you could achieve on stage, or did you just hope the director and designer would find a way of solving the depiction of the running and athletics?

MB: Edward Hall, Miriam Buether, and Scott Ambler, love a challenge. It’s stuck with me what I think Sarah Kane said, about stage directions being “an invitation for collaboration”. You write something like “The Entire Cast Of The Mikado appears on stage” and it’s not simply facetious – it’s a challenge and a gesture to what it should feel like. It leaves space for other artists to come in and work.

WM: Now rehearsals are underway how are the actors coping with the athleticism required of them? Do they secretly hate you for everything you’re putting them through, or can you pass the blame on to Ed (Hall, the director)?

MB: I’m not sure…Whenever the British Military Fitness people arrive, I make a quick exit. But from what I can tell, the actors are actually loving the hard work – the connection between the drama of the play and the physicality required.

WM: Did the fact that London is hosting the Olympics this year impact on your writing of the play and have you drawn any parallels with London 2012 in the script?

MB: No direct parallels in the script, because it’s important the production stands alone. It’s exciting to be producing it in the year the Olympics come to London, and there’s always been something in Chariots about the meeting of the contemporary and the historical, so we’ve found ways to touch on that. I think it’s more for the audience to notice parallels or contrasts with the modern Olympics.

The full interview is available to read in the Chariots of Fire programme on sale from 9 May, £3.