Gatiss and Outhwaite to l... 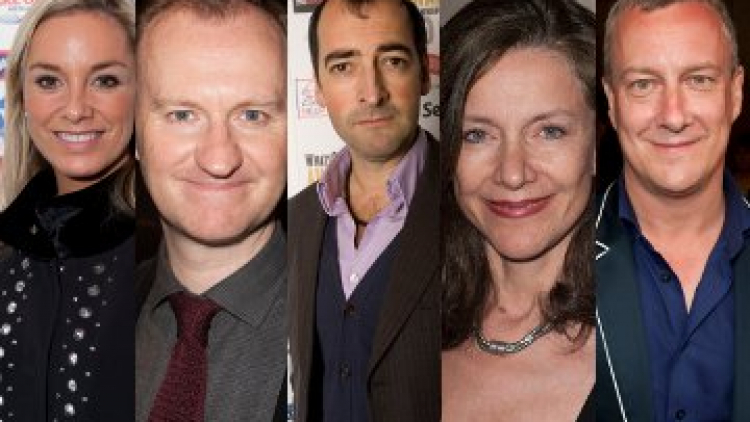 WhatsonStage have announced that the guest presenters joining them for the launch of the 2013 Whatsonstage.com Awards next Friday (7 December 2012) will include Tamzin Outhwaite, Mark Gatiss, Alistair McGowan, Belinda Lang and Stephen Tompkinson.

The glittering Launch Party takes place at the West End’s Cafe de Paris and sees the cream of Theatreland gathering to hear the shortlists announced for the 2013 Whatsonstage.com Awards – the only major theatre prize to be decided entirely by the theatre-going public.

Tamzin Outhwaite, Mark Gatiss and Alistair McGowan are no strangers to the Whatsonstage.com Awards having been previously nominated.

Gatiss, fresh from his acclaimed portrayal of Charles I in 55 Days here at Hampstead Theatre, will join Outhwaite who will shortly open in Di & Viv & Rose.

Stephen Tompkinson can currently be seen making West End musical debut as King Arthur in Spamalot. Belinda Lang, whose myriad stage credits include starring in the West End opposite Dame Judi Dench in Hay Fever and more recently in The Killing of Sister George at the Arts Theatre, will speak on behalf of actors’ union Equity, one of our Awards sponsors.

Nominees across all 27 categories will be revealed at the event which, as previously announced, will culminate with a performance from the US cast of Tony Award winner American Idiot.

Nominations for the 2013 Whatsonstage.com Awards are open until 6pm on Friday (30 November) – click here to nominate now!

Final results are announced during the star-studded Awards Concert, which takes place this year on Sunday 17 February 2013 at the Palace Theatre, hosted by Mel Giedroyc and Rufus Hound.

The evening includes a two-and-a-half hour Concert performed by numerous nominees and other top West End stars as well as numbers from some of the year’s biggest musicals – and of course, the winners collecting their trophies.

To purchase tickets to the Awards Concert click here.