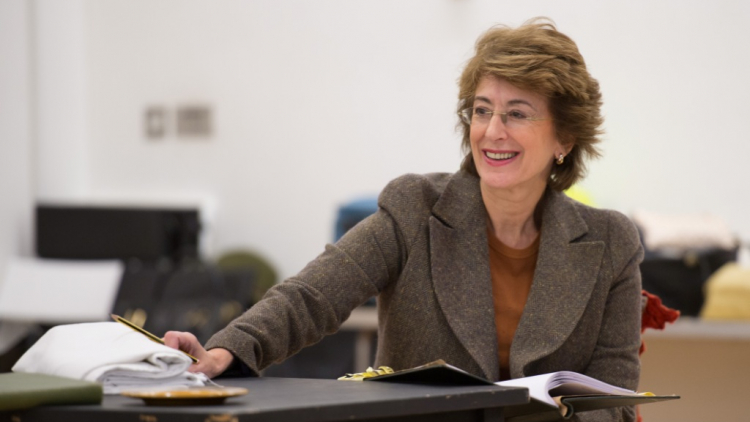 Below is a snippet from an interview between Hampstead Theatre’s Literary Manager, Will Mortimer and new voice Sarah Wooley, writer of Old Money . They discuss performing at Hampstead, creating likable (and not so likable) characters and the political and economical tension within families:

Will Mortimer: As a female Playwright do you feel any pressure or obligation to write strong female characters or female-centric stories?

Sarah Wooley: No, I don’t feel any pressure. I write the plays I want to write. I write equally about men and woman. I’ve just spent the last two years working on a play about John Osborne and I’m now working on a play for Radio about Philip Glass and Steve Reich set in the 1960s, so no female characters there. When I started to write Old Money I did think people might like this because three of the main characters are women and two are over 65 and everyone is always saying they are crying out for strong roles for older actresses as audiences are interested in seeing strong women on stage. But I don’t feel any obligation to anyone really. I just tell the stories I want to tell and the characters serve the story.

Will Mortimer: The play deals with the struggles of a generation that expect to inherit a better future. Do you have sympathy for these characters or do you think they should take more responsibility for themselves?

Sarah Wooley: Unlike the upper classes, I think middle and working class people have grown up since the Second World War expecting to be better off than their parents. The Daily Mail runs an article practically every week about this topic. It’s often from the woman’s point of view and something along the lines of: ‘I’m middle class why am I so poor?’. You only have to watch The X Factor to see that what motivates most the contestants is the sole desire to be better off. So if you end up having less than your parents then you can’t help but feel a failure. Fiona (played Tracy-Ann Oberman) is appalled to find that she has less than her mother. She can see that Joyce (played by Maureen Lipman) is better off than Pearl (played by Eve Pearce) and can’t understand why it’s not the same for her. She thinks this goes against nature and this is the source of her anger. Her anger then drives her into behaving in an extreme way. Joyce appears to have a good life because she married into a richer family and was lucky enough to have been born into a time when we were an economically more prosperous country. Of course, what Fiona doesn’t know and never finds out are the sacrifices Joyce has had to make in order to have such a seemingly easy life. I do sympathise with Fiona’s predicament. She’s pregnant with her third child and I’ve lumbered her with a rather useless husband; but she lives beyond her means and her values are material. As Joyce says in the play, she will never be satisfied no matter how much she has.

The full interview is available to read in the Old Money programme on sale from 29 November for £3.