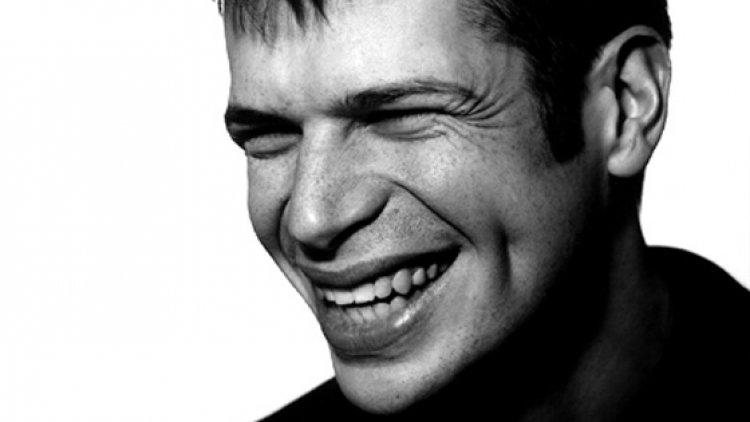 We caught up with Hello/Goodbye writer Peter Souter to talk about his inspirations, Anthony Minghella and secrets to writing a great comedy. Hello/Goodbye runs from 1 – 30 March Downstairs.

Can you describe Hello/Goodbye in 3 words?

A lot of your writing tends to explore relationships – Where does your inspiration come from, particularly for Juliet, Alex and their unconventional meeting?

So, as The Beatles were fond of warbling, all you need is love. But it is incredibly easy to end up being hated by the one you love. Especially if you don’t work at it. So my inspiration comes from a lifetime spent trying not to be a hopeless boyfriend/husband/dad to the people I love. If I can have my characters make the all mistakes… maybe I will avoid them in real life!

Although Hello/Goodbye is your debut play you have written a number of short films, radio plays and screenplays, including the script for ITV’s Married, Single, Other. How do you find writing for stage different from writing for screen?

Scary! When your stuff is on TV or the Radio you can’t hear the audience. If nobody laughs at your joke at least you don’t know. I’m going to come every night and try to learn how to make my play better through the medium of the noise the good people of Hampstead make when they watch it. (Please come!)

Your day job is as a chief creative officer in advertising – what is it about writing that makes you want to do it in your spare time? And how do you find the time to write?

I write fast! And I only write what I want to write (I spent a couple of years writing to commission but I found I was often writing characters I didn’t love. So now, when I have time to write, I only write characters I absolutely love and want to spend time with)

I’ve written an awful lot of stuff for the amazing Juliet Stevenson and, luckily, she has ended up appearing in everything I wrote for her. (That amazingly intelligent voice of hers is irresistible isn’t it?) I’ve also written two plays for Radio 4 with Tamsin Grieg in mind and somehow tricked her into being in both.

If you were to dedicate this play to someone who would it be, and why?

My wife. Because I wrote it when I really should have been doing the washing up and hoovering.

This is not director Tamara Harvey’s first play at Hampstead – she directed Blue Heart Afternoon last year. Has she given you any tips or insight as to what to expect Downstairs?

She loves the intimacy of the space. But she also said make the jokes funnier because 100 people laugh quieter than 400 (she’s a bit of a whizz with maths and science as you can see).

What can we expect from the partnership of you and Tamara?

Tamara is Anthony Minghella trapped in the body of a beautiful ballet dancer. Expect me to do whatever she tells me to do. (Seriously I hope we will do lots together and it will all be funny, romantic and true)

Alan Bennett, Richard Curtis and The Ming. Four Weddings & A Madly Deeply History Boy would be my ideal script. (I know that, strictly speaking, two of them aren’t playwrights but I’d be lying if I said Shakespeare because he never makes me laugh)

“Shut up you drug-dealing drug dealer!” (Because that tells you NOTHING about what the play is actually about)

You can only book for Hello / Goodbye if you are a Friend or Patron of Hampstead Theatre. Public booking opens Friday 25 January.