The story behind #aiww: The Arrest of Ai Weiwei 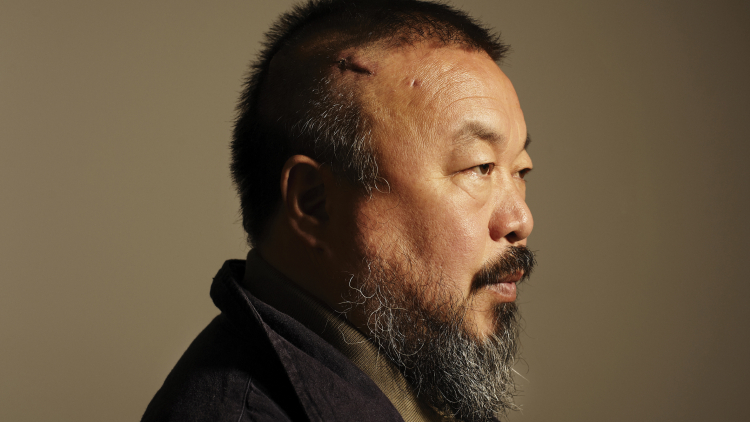 Photo: Benedict Wong as Ai Weiwei for #aiww: The Arrest of Ai Weiwei

By Barnaby Martin
Author of Hanging Man: The Arrest of Ai Weiwei where his conversations with Ai form the foundations of Brenton’s new play

It was July 2011 and Ai Weiwei, one of the most important artists of the twenty-first century, was under house arrest in Beijing. He had just been released from detention and he was forbidden from talking to journalists or fellow dissidents, he was obliged to report all his proposed movements to his minders and when he did leave his house he was tailed and shadowed by undercover police. It wasn’t exactly the ‘freedom’ he’d been hoping for but as I was soon to discover, it was immeasurably better than his experience inside.

Just prior to Ai Weiwei’s arrest I had been planning to write a book about Chinese art from the late nineteen seventies. At the beginning of 2011 I approached Neil Belton at Faber and Faber with the rough idea for this book. After Neil had commissioned it, I got in touch with Weiwei and arranged to interview him at his house on the outskirts of Beijing. I thought we would go through the background to his own art, and perhaps discuss the close relationship in his own work, and in that of many of his contemporaries, between art and political activism. However, a couple of days before I was due to travel, Weiwei was arrested without explanation whilst trying to board a flight to Hong Kong. He was imprisoned without trial for 81 days.

A few days after Weiwei’s sudden and mysterious release from detention, I phoned some journalists I know who work in Beijing. Weiwei was refusing all interviews because he was worried that if he did speak to anyone he would be rearrested for breaching the terms of his bail and he, understandably, didn’t want to be detained again. I rang Weiwei’s old mobile number. I assumed that the police would have confiscated it or turned it off, but to my surprise Weiwei answered. My first thought was that he sounded much older than when we had last spoken – much older and much slower. I wondered at that moment if they’d just broken him. But when I asked him what it had been like inside, his characteristic openness and alacrity suddenly returned: ‘Come and visit and we can talk about everything,’ he said. I agreed, but because his phone and email were tapped I couldn’t tell him when I would arrive.

A few days later, in Beijing, I went to Weiwei’s house. I was jetlagged so had gone early to his house, at around 5am. This was fortunate: the police surveillance squad parked outside his house were fast asleep. I spent several days talking to Weiwei about his experiences in prison, his art and activism, his theories of art, reality and the individual, and his thoughts on the future of China. Weiwei is a natural raconteur and although he was still deeply traumatised by his experience inside, he went back through the experiences of his detention and recounted, in his inimitable English, the most incredible and bizarre story I have ever heard; at times terrifying, at times surreal, always mesmerising. And as I listened, it became clear that Weiwei’s account, whilst on the surface an extremely local tale, a tale most definitely set in China at the beginning of the twenty-first century, was also a universal story of the struggle for freedom of expression, against a regime which seeks to silence those who are not reading from the official script. It was soon obvious to me that I should make a record for posterity of exactly what it is like to be ‘disappeared’ and to be held without trial and then interrogated for two months by the world’s most powerful totalitarian regime.

The leaders of the Chinese Communist Party are bullies and thugs. When they feel threatened they simply round up those who threaten them. There are none of the niceties of a formal arrest and trial. They control all the media in China and they invest billions in promoting China’s ‘soft power’ around the world. Their huge cash reserves combined with their omnipotent PR machine are buying friends around the world; they are responsible for the plethora of new ‘Confucius Institutes’ that are popping up across the globe, as well as for the well-oiled, though eerily robotic, Beijing Olympics (which Weiwei has referred to as a ‘fake smile’).

One man, alone in a cell, being cross-examined and terrorized by interrogators who are his ideological enemies in every way. Weiwei said that throughout the eighty one day ordeal, he often thought of what had happened to his father fifty years earlier. Weiwei’s father, Ai Qing, had at one time been the unofficial poet laureate of China. He was a friend of Mao, he was among the Party’s inner circle during the civil war. To this day, his poems are learned off by heart by schoolchildren and recited at public rallies by Jiang Zemin. But Ai Qing had not begun life as a poet. In his youth he was an artist. In 1923 he went to Paris and studied art. But on his return to China he immediately became caught up in the civil war. He was arrested in Shanghai by the Nationalists and jailed for three years and so for three years that he was unable to paint and it was in jail that he began to write poetry. “I often thought of my father,” Weiwei said, “as I sat there day after day, and I thought how he had made something of his time inside – how he had turned it into art. And I thought this experience so extraordinary, that if ever I get out of here alive, I will make it into a play.”

Weiwei is an internationally renowned artist, a world-class architect and a gifted writer but for all his multifarious talents he is not a playwright. And I am not a playwright either (I did attempt to turn what had now become the book ‘Hanging Man’ into a play but the finished product lacked any breath of life at all). But the material in ‘Hanging Man’ was so obviously dramatic that something had to be done with it. I decided to approach Ben Hall for advice. Ben is a literary agent at Curtis Brown. He advised me to write to the artistic directors of The National, The Royal Court and Hampstead Theatre. The National and the Royal Court offered some development time but after my first attempt at playwriting I thought that if I accepted either of their offers, all I would do was squander the material that in the hands of a proper playwright could be turned into something brilliant.

It was then that Greg Ripley-Duggan and Edward Hall of Hampstead Theatre stepped in.

To read the full article, click the top left tab The story behind the play under DOWNLOADS.

Hanging Man: The Arrest of Ai Weiwei will be available to buy at Hampstead Theatre from 11 April.