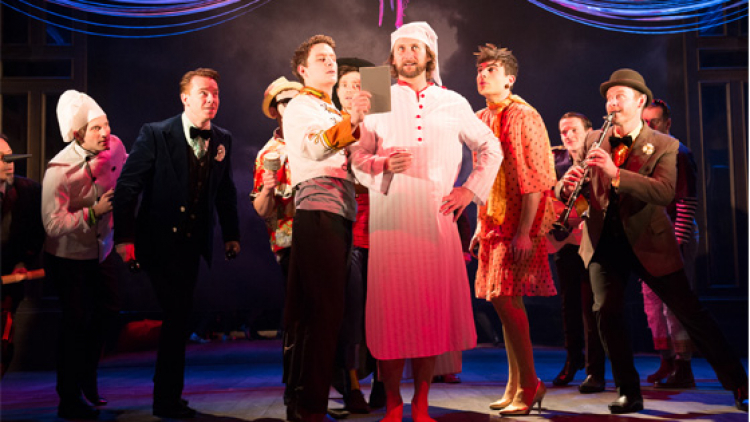 Propeller is a company which seeks to find a more engaging way of expressing Shakespeare and to more completely explore the relationship between text and performance. Mixing a rigorous approach to the text with a modern physical aesthetic, they have been influenced by mask work, animation and classic and modern film and music from all ages. Productions are directed by Edward Hall and designed by Michael Pavelka.

Over its 15-year life, Propeller has grown and developed its repertoire and touring destinations extensively. The company now tours throughout the UK and across the globe with productions on the road throughout the year. Additionally, the company creates Pocket Propeller performances, which are 60-minute versions of its full length Shakespeare productions.

WHAT THE PRESS SAY

‘Never an ensemble to do anything by halves’ – The Guardian

‘Shakespeare as it should be done, fast, sinuous and surprising’ Independent

‘This isn’t just Shakespeare – this is Rock & Roll’ – Daily Express

On Henry V and The Winter’s Tale last year: