Say It With Flowers: A history of Gertrude Stein 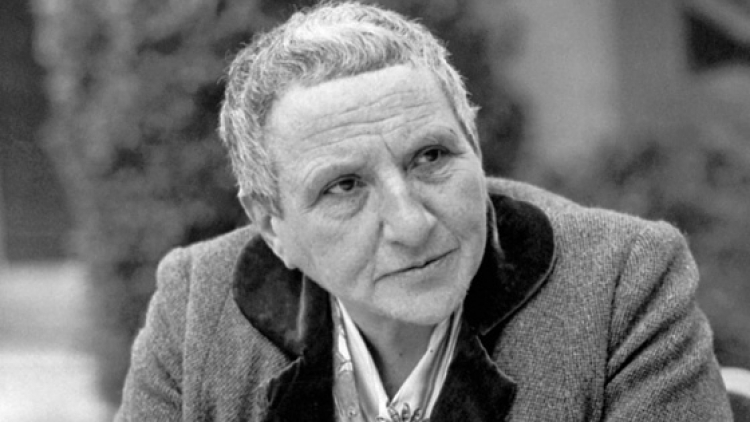 Say It With Flowers brings together a number of American modernist Gertrude Stein’s extraordinary work. Below is a brief timeline of Stein’s colourful life.

1877 – The Stein family move to Vienna and then Paris. They settle in Oakland, California a year later.

1898 – Stein graduates from Radcliffe College and goes on to study medicine at John Hopkins Medical School.

1903 –Stein moves to Paris to join her brother Leo and begins collecting Post-Impressionist paintings by artists such as Henri Matisse and Pablo Picasso. Gertrude and Leo establish a famous literary and artistic salon at 27 rue de Fleurus.

1909 – Stein meets Alice B. Toklas who would become her lifelong companion. She also publishes the first of her innovative works, Three Lives.

1914 – Tender Buttons: Objects, Food, Rooms is published. Stein tended to employ the techniques of abstraction and Cubism in prose, much of her work was virtually unintelligible to even educated readers.

1920 – Stein returned to maintaining her salon and served as both hostess and inspiration to such American expatriates as Sherwood Anderson, Ernest Hemingway and F. Scott Fitzgerald.

1933 – Stein publishes her only commercial success, The Autobiography of Alice B. Toklas, written by Stein from Toklas’s point of view.

1934 – Stein carries out a successful lecture tour of the United States, then returns to France where she continues to live until her death.