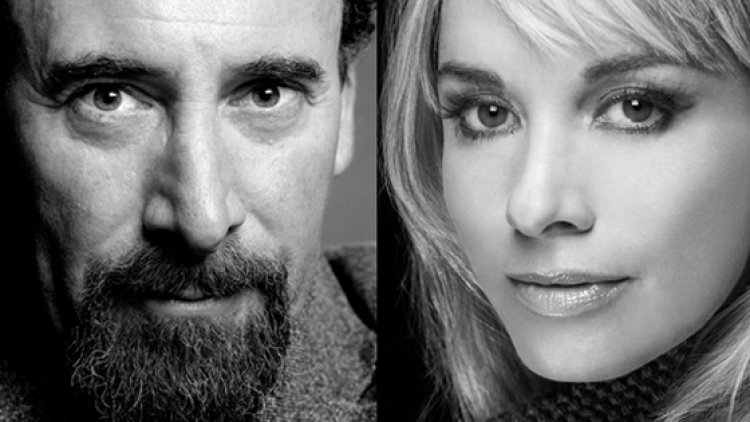 EDWARD HALL DIRECTS THE WORLD PREMIERE OF RAVING BY SIMON PAISLEY DAY, WITH TAMZIN OUTHWAITE IN THE LEAD.

We are delighted to welcome Terry Johnson back to Hampstead this autumn. His longstanding relationship with Hampstead has continued over the last twelve months with his productions of Old Money and Race, and now he will direct his brilliant, Hysteria ,starring Antony Sher, for us. With new plays at the heart of our programme, we continue our mission to seek out the newest talent and are really excited about Simon Paisley Day’s debut play, Raving. This intelligent comedy sees the return of Tamzin Outhwaite to our stage and I am very much looking forward to directing it. ’ Edward Hall, Artistic Director, Hampstead Theatre

Anthony Sher returns to Hampstead Theatre to play Freud in Terry Johnson’s hilarious and insightful farce that raises intriguing questions about Freud’s radical revision of his theories of hysteria.

In 1938 Sigmund Freud fled Nazi-occupied Austria and settled in leafy Swiss Cottage. At eighty-two years old, he aims to spend his final days in peace. Then Salvador Dali turns up and discovers a less than fully dressed woman in the closet, and peace becomes somewhat elusive. A remounting of the critically acclaimed Theatre Royal Bath production of last year, Hysteria imagines the fall-out when two of the twentieth century’s most brilliant and original minds collide.

Sound is by Gareth Owen with lighting by Paul Pyant.

Double Olivier Award-winner Antony Sher has a long and illustrious stage career in theatre, film and as a writer. He has most recently been seen on the London stage in The Captain of Kopenick and Travelling Light (National Theatre), The Tempest (RSC).

But they make up the numbers by inviting the unpredictable Charles and Serena. Add an uninvited anarchic adolescent and fanatical farmer and Briony and Keith’s idyllic weekend erupts into total chaos…

Tamzin Outhwaite (EastEnders and Red Cap) returns to Hampstead following the critically acclaimed Di and Viv and Rose in the spring. Other theatre credits include Sweet Charity and Boeing Boeing (both West End).