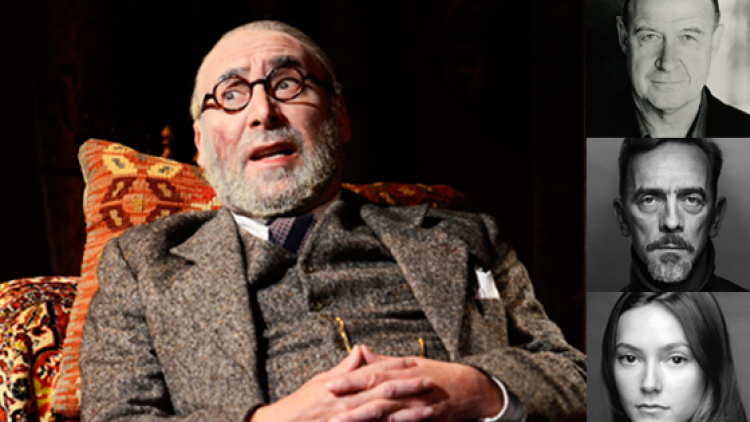 In 1938 Sigmund Freud fled Nazi-occupied Austria and settled in Swiss Cottage, hoping, at eighty-two years old, to spend his final days in peace. Then Salvador Dalí arrives and finds a less than fully dressed woman in the closet . . . A remounting of the critically acclaimed Theatre Royal Bath production of last year, Hysteria imagines the fall-out when two of the twentieth century’s most brilliant and original minds collide.

Double Olivier Award winner Antony Sher has a long and illustrious career in theatre, film and as a writer with credits too numerous to list. He has most recently been seen on the London stage in The Captain of Kopenick and Travelling Light (National Theatre) and The Tempest (RSC).

Terry Johnson recently directed the sell-out hits Old Money starring Maureen Lipman and David Mamet’s Race at Hampstead. His many award-winning productions include Entertaining Mr Sloane, The Graduate and La Cage aux Folles in the West End. ‘We are delighted to welcome Terry Johnson back to Hampstead this autumn. His longstanding relationship with Hampstead has continued over the last twelve months with his productions of Old Money and Race, and now he will direct his brilliant _Hysteria_’. Edward Hall, Artistic Director Hampstead Theatre.