What the press said about...

What the press said about the autumn season 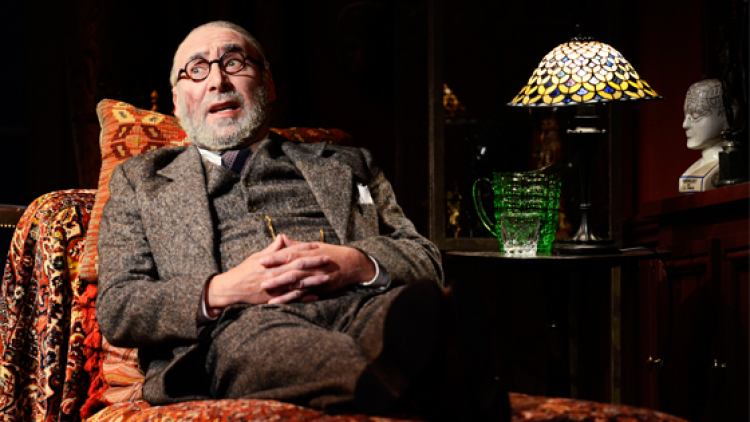 The Evening Standard by Louise Jury

‘Sir Antony Sher is set to star in a play about Sigmund Freud only a mile from the psychoanalyst’s former Hampstead home.

The actor, who has spoken openly about his own beneficial use of psychotherapy, will take on the role in Hysteria, written and directed by Terry Johnson, in the new season at Hampstead Theatre this autumn.

He admitted that the setting was a “terrific coincidence” that raised the prospect of audiences visiting the Freud Museum in the afternoon before settling down to see Johnson’s imagining of what happened when Salvador Dali visited up the road.

“The fact we’re able to do it about a mile away from where the play is set — the Freud Museum which was the house Freud lived in — makes it especially extraordinary,” he said. “It’s a quite brilliant play. It mixes Freud’s sense of the subconscious with Dali’s sense of surrealism, based on a real-life meeting in the last year of Freud’s life.”

In a press statement, Edward Hall, artistic director of Hampstead Theatre, commented, “We are delighted to welcome Terry Johnson back to Hampstead this autumn. His longstanding relationship with Hampstead has continued over the last twelve months with his productions of Old Money and Race, and now he will direct his brilliant Hysteria, starring Antony Sher. With new plays at the heart of our programme, we continue our mission to seek out the newest talent and are really excited about Simon Paisley Day’s debut play Raving. This intelligent comedy sees the return of Tamzin Outhwaite to our stage and I am very much looking forward to directing it.” ‘

The Stage by Matthew Hemley

‘Terry Johnson is to direct his own play Hysteria at the Hampstead Theatre, with Antony Sher playing the role of Sigmund Freud.

Johnson’s Hysteria is described as a “remounting” of the Theatre Royal Bath production that ran last year. It imagines the fall out of a meeting between Sigmund Freud and Salvador Dali. It runs from September 5 until October 12, with press night on September 12’

The newly announced season will also see Tamzin Outhwaite return to the venue to star in the world premiere of Simon Paisley Day’s writing debut Raving.

Johnson’s 1993 farce Hysteria will open the season from 5 September (press night 12 September) to 12 October. Raising intriguing questions about Freud’s radical revision of his theories of hysteria, the play centres on the founder of psychoanalysis at the age of 82 after fleeing Nazi-occupied Austria and settling in Swiss Cottage, where he hopes to spend his final days in peace.

But when Salvador Dali turns up and discovers a less than fully dressed woman in the closet, his hope of peace seems increasingly less unlikely.

South African-born actor Sher has enjoyed a hugely successful stage career spanning five decades, most recently appearing in The Captain Of Köpenick and Travelling Light at the National Theatre, and Broken Glass in the West End.’

What’s On Stage by Theo Bosanquet

‘Tamzin Outhwaite returns to Hampstead following Di and Viv and Rose in the spring. Her other theatre credits include Sweet Charity and Boeing Boeing (both West End).

Edward Hall said: “With new plays at the heart of our programme, we continue our mission to seek out the newest talent and are really excited about Simon Paisley Day’s debut play, Raving. This intelligent comedy sees the return of Tamzin Outhwaite to our stage and I am very much looking forward to directing it.”

Writer Simon Paisley Day is best known as a comic actor, with recent credits including Twelfth Night at the National, and Private Lives and The 39 Steps in the West End.’