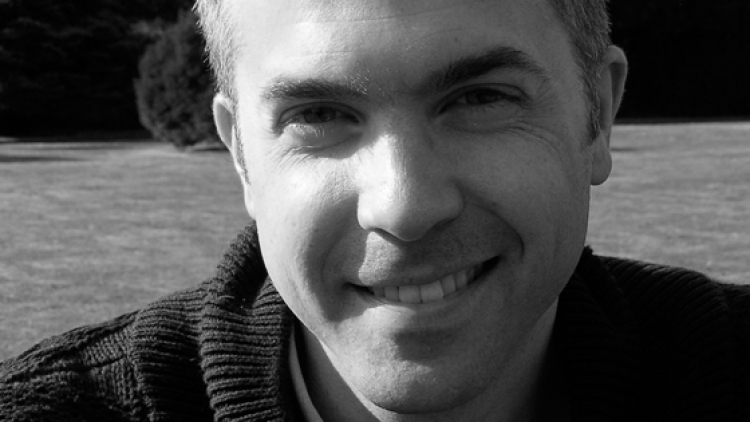 Can you describe Fault Lines in a nutshell?

It’s a comedy drama set in a charity office about Nick and Abi’s desperate attempts to respond to an earthquake in Pakistan while trying to deal with the fact they’ve slept together the night before. And as much as it’s about the fault lines that develop between them it’s also about the fault lines between east and west, young and old, and good and bad.

Where did the inspiration for Fault Lines come from? Are the characters based on anyone you know?

My friend worked for a high profile charity and would complain about how the culture was getting increasingly corporate. I was surprised at that because, like most people, I assumed working in a charity would be the ideal job, where everyone would be inspirational and saintly. The more I talked to her – and then other people in other charities – I found that, while it was sometimes like that, it was also fiercely competitive, both internally and externally, with charities competing for grants, donations and attention.

From having worked in offices, I’ve seen how corporate culture brings out the worst in people, particularly if they’re not businessy people, and so I was really interested to explore how bad good people could go.

The other impulse was questioning my own hypocrisy. I like to think of myself as liberal and well-intentioned but I’m constantly aware that I’m nowhere near as good or ethical as I could be. I give money to charity and separate my plastics and metals but the clothes I wear and the technology I use are probably made in grim sweatshops in the far east. It makes me feel really uncomfortable. I think a lot of people feel the same.

The characters aren’t based on anyone in particular. They’re more like blends of lots of people – a sort of smoothie of character traits, if you like.

Do you ever write with particular actors in mind or are there actors you would love to write for/write with?

I haven’t done as yet. All I want is to do is work with bright, talented actors. They make your work come alive and always make it better. There’s nothing more satisfying for a writer. I’ve been lucky to work with extraordinary people and I always try and get them into my plays. We saw dozens of fantastic actors for Fault Lines. I’m confident we’ve got a brilliant cast.

There are the greats like Beckett, Pinter and Churchill. But if there’s one writer that I’ve channelled in Fault Lines its Joe Orton. He’s always been a hero – not just for his plays but his attitude and spirit. He had the bravura to say the unsayable and combine comedy with social comment. I think some writers tend to shy away from writing comic plays for fear of being branded as light. But comedy is just as effective a way of tackling serious subjects. Orton might have written farces but they had just the same political clout as plays written by Osborne and Wesker.

Further than the Furthest Thing by Zinnie Harris is one of the most beautiful plays I’ve ever seen.

This is not director Lisa Spirling’s first play at Hampstead – she directed I Know How I Feel About Eve earlier this year. Has she given you any tips or insight as to what to expect Downstairs?

Lisa is one of the best in the business as far as I’m concerned and we’ve previously worked in a small studio space – at Theatre503 on Cotton Wool – which was a fantastic experience. We know how each other works. And also we know what advantages a small space can give you: intimacy, atmosphere and energy.

Ha, if I had one, I’d cut it. In a studio you can’t get away with a line that sounds to mannered or clever-clever. Nick tells a fair few bad gags so hopefully some of those lines will make people laugh.

Practically, we make blueprints. And then in rehearsals it’s a group effort between the actors, director and stage team to turn that ‘blueprint’ script into a play. One of the reasons I’m a playwright and not a novelist is that I love how collaborative the process is.

More generally, I’d say that I’d say a playwright’s job is to poke the audience in the eye while tickling them under the arm.

Don’t be boring. Anthony Neilson said that. And he’s brilliant.