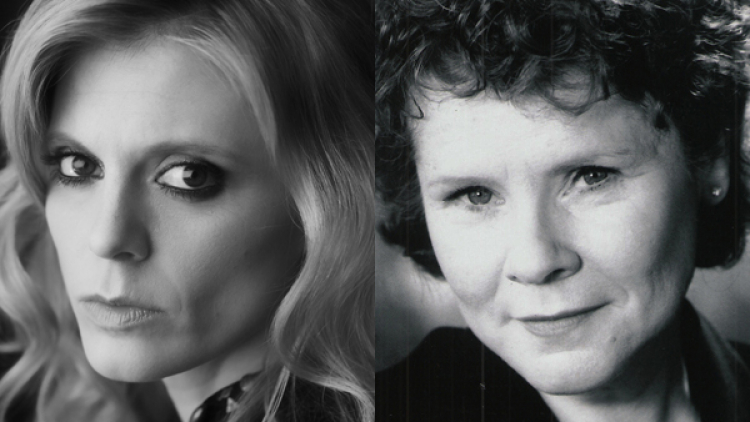 Hampstead Artistic Director Edward Hall said ‘It is a real thrill to be able to introduce these two outstanding plays to British theatre-goers for the first time. And to be able to introduce them in some considerable style: Rapture, Blister, Burn, Gina Gionfriddo’s virtuosic gender comedy, has enticed Emilia Fox back to the stage, whilst David Lindsay- Abaire’s funny and tender Good People will see the return of Imelda Staunton to Hampstead Theatre after 20 years. With Peter DuBois and Jonathan Kent – two real master directors – at the helm, we’re truly excited about the forthcoming spring season’.

Can any woman have it all? Emilia Fox stars in Gina Gionfriddo’s witty dissection of gender politics.

After university Catherine and Gwen chose opposite paths: Catherine built a career as a rock-star academic, while Gwen built a home with a husband and children. Decades later each woman covets the other’s life, and a dangerous game begins as each tries to claim the other’s territory.

Peter DuBois reunites with Gina following Becky Shaw. His other directing credits include All New People (West End). Peter is in his fourth season as the Artistic Director of the Huntington Theatre Company in Boston. His productions have been on the annual top ten lists of The New York Times, Time Out, Variety and The Evening Standard.

If you are born in South Boston you’ve started on the wrong side of the tracks, so just making ends meet will need all the energy you can muster. Imelda Staunton plays sharp-tongued single-mother Margie, who will do anything it takes to pay the bills after losing yet another job. Hearing that an old boyfriend who has made good is in town, she decides to corner him – old loyalties should be good for something.

Pulitzer Prize winner David Lindsay-Abaire’s drama reveals layer after layer of secrets – can you ever really leave the place you are born?

Multi award winner Imelda Staunton was most recently on stage in Circle Mirror Transformation (Royal Court), Sweeney Todd (Chichester Festival) for which she won the Olivier Award for Best Actress in a Musical, A Delicate Balance (Almeida Theatre) and Entertaining Mr Sloane (Trafalgar Studios). Film includes Pride, Maleficent, The Awakening, Another Year, Harry Potter And The Deathly Hallows and of course Vera Drake. TV includes The Girl for which she was nominated for Emmy and Bafta Awards, Psychoville and Cranford Chronicles.