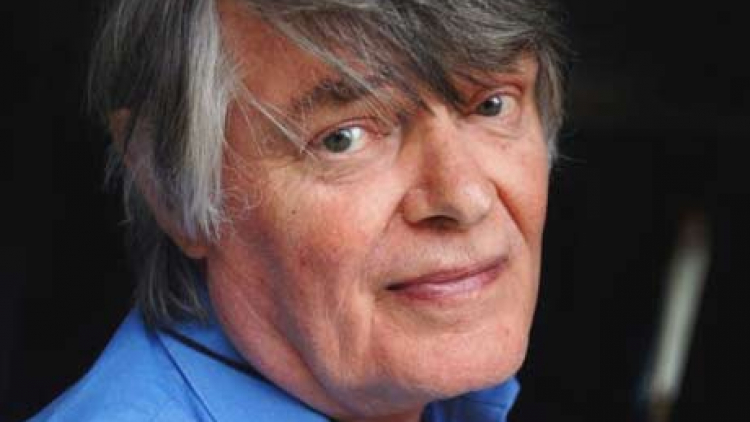 Simon Gray: Playwright, diarist and novelist bridged the gulf between intellectual and popular drama
By Lyn Gardner
Written for The Guardian in 2008

The playwright, diarist and novelist Simon Gray, who has died aged 71, barely figures in most books about postwar British theatre, although for almost 30 years his output was prolific. This neglect was undoubtedly because, unlike playwrights such as David Hare and Howard Brenton, who also began their careers in the late 1960s, Gray’s plays were out of step with the times.

Unlike the politically driven, state-of-the-nation plays of many of his near contemporaries, or even the dazzling metaphysical comedies of Tom Stoppard, Gray’s literate, commercial dramas such as Butley (1971), Otherwise Engaged (1975) and Close of Play (1979) were peopled by characters from the upper middle classes – cricketing ex-public schoolboys, academics and lawyers.

Perhaps not surprisingly they tended to appeal less to the readers of the then vogueish Marxism Today and more to readers of Tatler. The latter saw, not always correctly, in plays such as Quartermaine’s Terms, a lament for an old England that no longer existed.

The term boulevard playwright dogged Gray. But for all their brittle surface wit and middlebrow appeal, Gray’s plays, particularly his later work such as The Late Middle Classes (1999) and the highly autobiographical Japes, were marked by a melancholy at the failure of human relationships and our inability to really communicate with each other. Not for nothing was one of his best plays called Simply Disconnected (1996).

Perhaps more than any other modern British playwright, other than his great friend and champion Harold Pinter, Gray was a chronicler of what is unsaid. His plays are full of highly educated, highly literate, professional people who find that words fail them and retreat into irony as a defence. It is no surprise that Pinter was drawn to the work and often directed it.

Gray was born in Hampshire to an English mother and a Scottish-Canadian father, who was a pathologist. During the war, he was evacuated to Canada for five years, an experience that may have developed his outsider’s eye and a certain diffidence. On his return to Britain, he went to Westminster school, although at 17 he returned to Canada, where his father was now resident, to attend Dalhousie University in Nova Scotia. Gray’s The Late Middle Classes drew heavily on his own experience, describing the bewildered adolescence of Holly, a bright boy who wins a scholarship to Westminster before emigrating to the new world.

Gray, however, did return to Britain, going to Trinity College, Cambridge where he studied under FR Leavis, who was an enduring influence on his plays, reading and thinking about the teaching of English literature. One of his best known and most successful plays, The Common Pursuit (1984) – revived this year in London – took its title from Leavis’s famous book.

A lament for the failed ideals of a group of 1960s Cambridge graduates who all too quickly swap their literary dreams for coffee table books and hack journalism, the play was an elegiac threnody for soiled friendship and a descent from intellectual rigour and seriousness to philistinism.

From 1965 to 1985, Gray was himself a lecturer in English literature at what is now Queen Mary, University of London, where he increasingly bemoaned standards in the teaching of English. Queen Mary’s appeared thinly disguised in his 1997 novella, Breaking Hearts, where it was affectionately rechristened The Dump.

Initially, it appeared that Gray was destined to have a split career in academia and as a novelist. He only turned to plays on discovering that the BBC intended to turn one of his short stories into a play for radio and planned to pay the adapter more than they were going to pay him. Gray said that he would do the job himself.

Encouraged by the television drama producer Kenith Trodd, he started writing for TV but his first effort, Wise Child, was considered too controversial for television. So Gray rewrote it for the stage and the play, starring Alec Guinness, who spent most of the evening on stage in a skirt, premiered in the West End in 1967 in a production by John Dexter.

The stage plays started to come quickly. Following two minor dramas, Dutch Uncle (1969) and Spoiled (1971), Gray’s reputation was consolidated in 1971 with Butley, which was followed four years later by Otherwise Engaged. Both were directed by Harold Pinter and both starred Alan Bates, who was to become intimately associated with Gray’s plays.

Both Butley and Otherwise Engaged featured anti-heroes who have become detached from their own families and lives, and lost touch with the world. Ben Butley is an English lecturer who can’t even remember his own daughter’s name. Simon Hench, the publisher in Otherwise Engaged, simply wants to be left alone and fends off the world by acting as if it doesn’t exist.

More than 20 years later, in 1996, Gray successfully returned to the character of Hench in Simply Disconnected. It was a success that gave a major boost to a career that was beginning to look as if it was past its prime.

The 1970s and 80s saw a number of plays, but only Quartermaine’s Terms had the impact of Butley and Otherwise Engaged. The 1978 The Rear Column focused on a group of Victorian gentlemen explorers whose veneer of civilisation was quickly stripped away, while Melon (1987) was simply a less interesting rerun of earlier plays.

The most successful was the almost Chekovian 1981 Quartermaine’s Terms, set in a Cambridge language school, and featuring another of Gray’s anti-heroes who are indifferent to the world and cannot love or be loved. The Chekhovian melancholy became even more marked in the 1991 English country garden play, Hidden Laughter, where the characters strive to capture an elusive and betrayed sense of spiritual regeneration. It was a metaphysical play disguised as a typical, not too demanding West End drama.

A witty man, who was a curious mixture of mischief and irritability, and who always had the rumpled appearance of one who had spent the night sleeping rough, Gray was seldom seen without a cigarette in one hand and a glass in the other. When advised for medical reasons to give up Scotch, he merely quadrupled his intake of champagne. But even that glass ran dry after a near brush with death, while the loss of a yard of intestine in the late 1990s led to him forswearing alcohol exactly a year after his younger brother Piers had died of an alcohol-related disease. Gray drew strongly on his relationship with his brother, 10 years his junior and also a writer and academic, for Japes, his 2001 success.

Gray’s offstage feuds became almost as famous as his plays. In 1991, he wrote a TV play, Old Flames, in which the names of the murder victims all bore the names of well-known theatre critics who over the years had given his plays less than favourable notices.

His ongoing and vicious spat with the writer and critic James Fenton (each reviewing the other’s work biliously) was gleefully recorded in the papers, as was his (temporary) break-up with Harold Pinter, who took exception to the portrayal of himself in Unnatural Pursuits (1993), a TV adaptation of An Unnatural Pursuit (1985), Gray’s horribly funny diary account of the staging of his play The Common Pursuit.

The two friends did not speak for some years. They were eventually reconciled both personally and professionally, with Pinter going on to direct The Late Middle Classes and The Old Masters.

Gray’s diaries may have got him into trouble but they were where his real gift lay, the place where he offered up his verbal “V” signs to the world. Gray was as funny and vicious about his own haplessness as he was about the foibles of others. “Told with exquisite ill-temper,” was the verdict of John Osborne, not exactly a paragon of good grace himself, on How’s That For Telling ‘Em, Fat Lady? (1988), Gray’s comic account of his brush with the horrors of the American theatre.

In many ways these wonderfully spiky accounts, which largely detail the tragedies and triumphs that occur during the putting on of his plays, are almost more enjoyable than the plays themselves.

But it did not take a Gray diary – although a particularly brilliant one, Fat Chance (1995), did eventually materialise – for the off-stage shenanigans and misadventures surrounding Gray’s 1995 play, Cell Mates, to make the front pages.

Cell Mates, the story of the relationship between the Russian spy George Blake and Sean Bourke, the Irishman who helped him escape from Wormwood Scrubs prison in 1966 and defect to Moscow, looked like a surefire success.

The beauty of the play, and what seemed likely to ensure it was a box office hit, was the casting. In the late 1980s, comics Stephen Fry and Rik Mayall had both appeared in a revival of Gray’s The Common Pursuit. Now the two were major stars and set to play Blake and Bourke. But the day after the first night, as the – largely favourable – reviews starting coming in, Fry did a runner to Bruges. He subsequently claimed he was suffering from a depressive illness.

The story expanded way beyond the theatre reviews, but in this instance all publicity did not prove to be good publicity. The audience for the production fell away and it closed quickly. “When the history of the stage is written, Cell Mates will become the most famous play I ever wrote,” commented Gray ruefully.

Others might have given up and Gray almost did, when a routine back operation lead to a diagnosis of terminal cancer and he was told he had six months to live. This turned out to be a misdiagnosis and he threw himself with renewed vigour into writing.

It was then that he returned to the character of Simon Hench from Otherwise Engaged for a new play, Simply Disconnected. It was to mark the beginning of the final flowering of his career, during which he wrote three of his finest plays, including The Late Middle Classes and, latterly, Japes. Late middle age certainly did not mellow Gray, but it did bring a new emotional intensity to his work, perhaps because he was increasingly drawinging upon aspects of his own life and memories of childhood.

Gray confidently and, as it turned out, inaccurately, predicted that Japes would be his last play. That distinction, on stage at least, belonged to the indifferently received The Old Masters (2004), set in the Tuscan home of the art critic Bernard Berenson in 1937 and focusing on a clash between Berenson and the dealer, Joseph Duveen.

A critic once put down Gray’s work by declaring that he “followed mid-century middle class man into middle age using the middle class conventions of the boulevardiar to do it”. Another, nicer way of putting it is that Gray bridged the gulf between intellectual drama and popular drama. Along the way he provided the West End with some robustly funny and darkly melancholic plays about the failure of hope over experience. Most people can relate to that.

There were six television plays, four radio plays, and Gray wrote some splendid books. These included five novels, two volumes of memoirs, The Smoking Diaries (2004) and The Year of the Jouncer (2006). Soon to be published is Coda, which tells the story of his last months, and is, it is said, wonderful.

He is survived by his second wife, Victoria Rothschild, and by two children from his first marriage, which was dissolved in 1997.