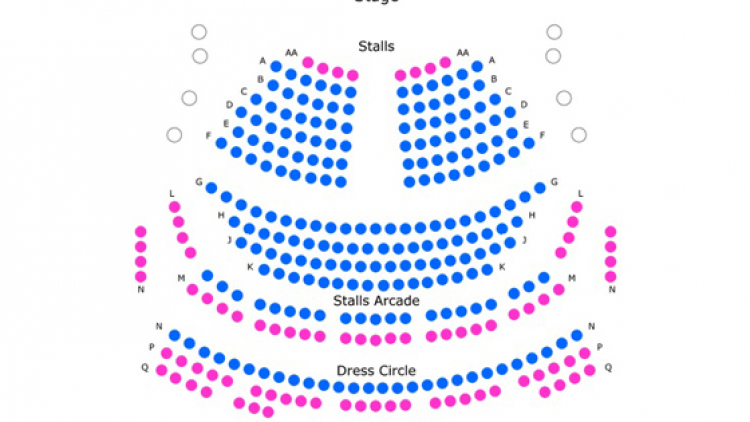 Edward Hall has announced his plans to transform the Hampstead Theatre stage into a thrust layout for the highly anticipated Sunny Afternoon. The staging will also include a runway that extends right out into the middle of the stalls, which will be used by the cast.

Hall says ‘Myself and Miriam Buether are hugely excited by what we have to offer Sunny Afternoon audiences. Our actors will be able to walk right out to the middle of the auditorium, much like the catwalks you see at rock concerts. Audiences will be up close to the action for a truly thrilling and entertaining experience’.

A thrust layout extends into the audience’s portion of the theatre, beyond the usual location of the proscenium. There is greater intimacy between performers and the audience than a proscenium layout.

Hampstead Theatre has a modern auditorium, which has been designed to be as versatile as possible in both staging and seating configurations to allow the Director and Designer to work creatively and imaginatively.

Our seating capacity can range up to 325 in a variety of formats. Movable seating blocks allow for the auditorium to be changed from a traditional end-on configuration with a raised stage, to thrust, traverse or in the round layouts.

Most recently, Nina Raine’s Longing by William Boyd was a thrust stage and Howard Davies’ 55 Days was staged in traverse. Unforgettably, Chariots of Fire was staged in the round to great critical acclaim. In 2011, our box office hit Tiger Country was also staged in the traverse. Such layouts present exciting opportunities to engage audiences in unusual ways.

‘It’s hard to ignore shades of Julian Assange in Douglas Henshall’s resolute Cromwell, while the filing cabinets that line Ashley Martin-Davis’s traverse stage suggest our own rifling through records to right past wrongs’ Financial Times on 55 Days