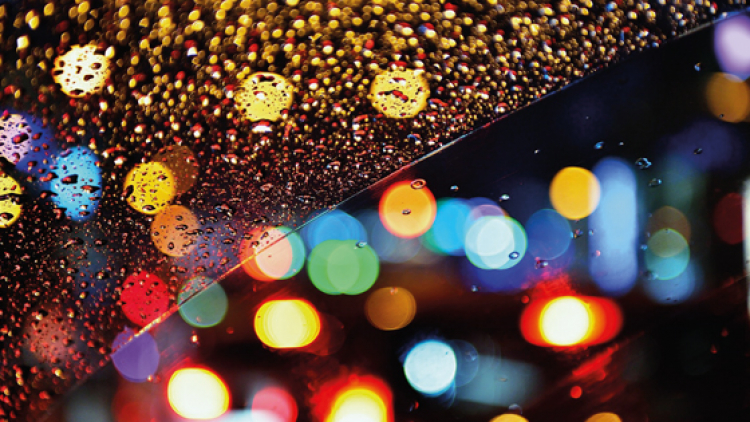 Marcus and Colin have escaped the madness of London to live in the peaceful countryside. But will this new idyllic reality soon be shattered when Steven, his beautiful young boyfriend, Jamie, and the enigmatic Wendy arrive unexpectedly for supper. The Glass Supper is a blistering, poetic, comic new drama about the search for love and sex in the modern world, a searing comedy from the writer and team behind Mrs Lowry and Son, a critically acclaimed hit at the Trafalgar Studios last November (★★★★ and Critics’ Choice in The Times, The Telegraph and Time Out).

MICHAEL FEAST is an acclaimed actor of both stage and screen. His theatre word includes: For The Royal National Theatre: Ted in The Mentalists, Genady in The Forest, Ariel in The Tempest, Foster in No Manʼs Land, Bobby in American Buffalo, Mayhew in Dispatches, Raymond in Watch It Come Down.

For The Royal Shakespeare Co: Faust in Faust 1 & 2, The Duke in Measure For Measure, and Becket in Murder In The Cathedral.

For The Royal Court Theatre: Card Player in Prairie De Chien, John in The Shawl, Joe Conran in Ourselves Alone, The Witch in Elizabeth 1st.

For The Royal Exchange Theatre, Manchester: Subtle in The Alchemist, Billy Bigelow in Carousel, Roland Maule in Present Laughter. Henry Antrobus in Skin Of Our Teeth, Telyeghin in Uncle Vanya, Nick in What The Butler Saw.

In the West End; Anthony Kersley QC in The Accused. (Haymarket), Renfield in The Passion Of Dracula (Queenʼs ) and Woof in The Original Cast Of Hair (Shaftesbury).

Also Barratt in The Servant (Lyric, Hammersmith), Narrator in Prokofievʼs Romeo And Juliet (The Barbican), Fitzroy in After Darwin and Harold in Clever Soldiers (Hampstead Theatre Club), Verkhovensky in The Possessed (Almeida), Ivanov in Every Good Boy Deserves Favour (Royal Festival Hall), Dorn in The Seagull (Chichester Festival Theatre).

He also won Best Newcomer at the Manchester Evening News Theatre Awards for his roles in The Tempest, Wildest Dreams and Life of Galileo (Contact Theatre and Library Theatre, Manchester) and was nominated in the TMA Awards for Best Supporting Actor in Hobson’s Choice (Birmingham Rep/Touring Consortium/Theatre Royal Plymouth).

His TV and film include: Foyle’s War, Bob & Rose; William and Mary; City Central; EastEnders; Switch; Being Human; Doctor Who; The Children; Silent Witness; Switch; Miss Marple: By The Pricking of My Thumbs, Wire in the Blood, In Deep, McLibel!, This Life and Hilsborough, Vacuuming Completely Nude in Paradise and the short film Dog.

Michael is also a writer and has written ten episodes of EastEnders and three stage plays: Martha Loves Michael, The London Gandhi and The Guys.

ALEX LAWTHER is a young rising star of British theatre and film. He made his stage debut at age 17 last year in David Hare’s play South Downs, at the Chichester Festival Theatre, before transferring with it to the Harold Pinter Theatre. Critics hailed his performance and he was nominated as London Newcomer of the Year at the What’s On Stage Awards in 2013.

Other theatre includes: Ryan in Fault Lines (Hampstead Theatre) and Wilson in Oppenheimer (workshop for RSC).

Alex has been named one of ‘London’s Top 25 under-25s’ by the London Evening Standard and Tatler magazine appointed him as one of just three ‘Teen Tatler Boys’ featuring the most talented under-20 boys.

MICHELLE COLLINS is a household name in the UK who came to public attention with her iconic portrayal of Cindy Beale in EastEnders. She was originally booked for 11 episodes but due to public demand, remained in the role for 10 years.

Michelle has had a host of other lead roles, including in the BAFTA nominated Two Thousand Acres of Sky and Jaqueline Wilson’s Emmy Award winning The Illustrated Mum, whilst she was most recently seen in Coronation Street playing series regular Stella Price.

In 2010, Michelle appeared in a six-episode special of Casualty for the BBC and joined the national tour of Calendar Girls as Cora. In 2011, she played The Nurse in Romeo and Juliet and the lead role in The Demolition Man both at Bolton, Octagon and appeared in a pilot of Siphonheads for Tony McHale.

MOYA PRODUCTIONS Ltd. was established by Caitlin Albery Beavan and Aron Rollin in 2012. Together their aim is to present new and dynamic work of the highest quality, bringing together established theatre talent with the emerging future of theatre makers. Their first show, Shivered by Philip Ridley at Southwark Playhouse, won widespread critical praise and was nominated for Best Off-West End Play in the Whatsonstage.com Awards and Best New Play in the Offies. This was followed up with the critically aclaimed debut West End run of Third Finger, Left Hand starring Imogen Stubbs and directed by Ian Talbot OBE. Last year they brought Mrs Lowry and Son to Trafalgar Studios, garnering rave reviews and Critics Choice including The Times, The Telegraph and more. They are currently producing Holiday by Raimondo Cortese & The Eisteddfod by Lally Katz at the Bussey Building in Peckham.
http://www.moyaproductions.co.uk, @MoyaProductions

TACKROOM THEATRE was founded by Abbey Wright in 2013 to create new work. The first ever production, Mrs Lowry and Son, with longstanding collaborator Martyn Hesford, was Critics’ Choice in The Times and The Telegraph. Tackroom’s next venture, as a co-production with sister company Moya Productions, is a double-bill of remarkable new Australian plays, Holiday (Raimondo Cortese) and The Eisteddfod (Lally Katz) at the Bussey Building.
http://www.tackroomtheatre.co.uk