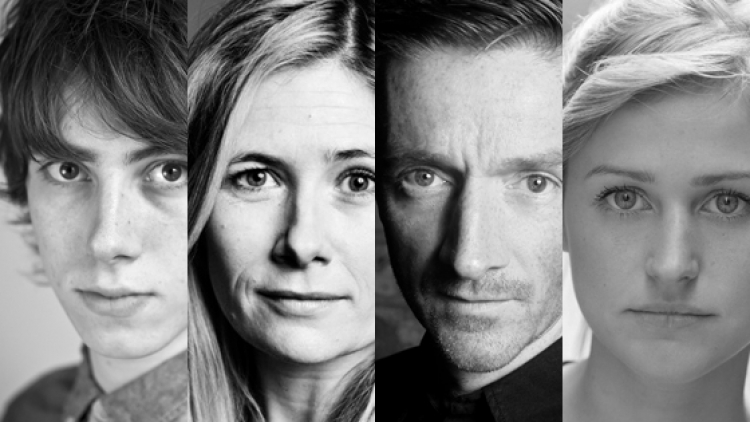 Hampstead Theatre is pleased to announce that the cast for its first Downstairs play of the Autumn, Four minutes twelve seconds, will be Alexander Arnold, Kate Maravan, Jonathan McGuinness and Ria Zmitrowicz.

Seventeen year old Jack is the apple of his mother’s eye. Di and David have devoted their whole lives to giving him every opportunity they never had – and now Jack is smart, outgoing, and well on his way to achieving the grades to study Law at Durham University.

But an incident outside the school gates threatens to ruin everything they’ve striven for, an incident that suggests a deep hatred of their son. As events accelerate, Di and David start to doubt Jack’s closest friends, Jack himself, and ultimately themselves.

In a world where smartphones are ubiquitous, James Fritz’s full production debut is a provocative and topical drama which throws a light on the insidious opportunities new technology offers, and an online world where nothing dies, except reputation.

Four minutes twelve seconds was runner up for the 2013 Verity Bargate Award. James Fritz’s previous play Lines was performed at the Rosemary Branch Theatre in 2011.

Lighting is by Mark Howland and sound by Sarah Weltman.

Anna Ledwich previously directed The Empty Quarter and Donny’s Brain for Hampstead Theatre. Other credits include How Does A Snake Shed It’s Skin (National Theatre Studio/BAC/Summerhall);_ Blue Remembered Hills_ and A Christmas Carol (Chichester Festival Theatre) and Dream Story and Lulu (Gate Theatre/Headlong, as Adaptor and Director – Winner of the New Directions Award 2010).

Alexander Arnold has previously been seen on TV in Skins, Foyle’s War, Silk, What Remains, A Mother’s Son and Vera. Films include The Salvation.