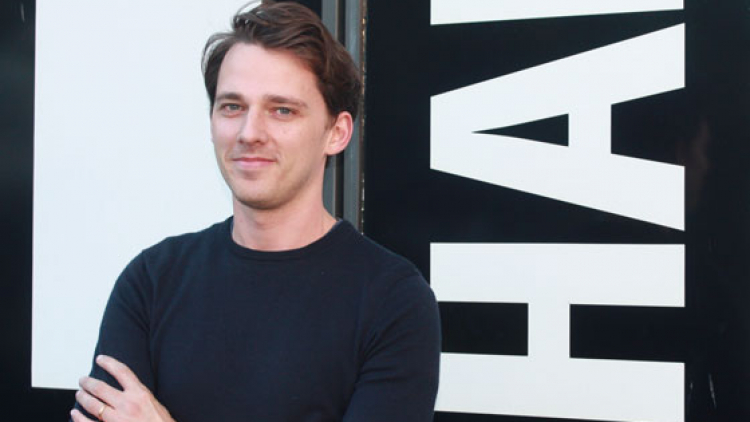 It’s a sunny September morning and Hampstead’s smart new foyer is already buzzing with activity. I’m talking to Literary Manager Will Mortimer about the Autumn Season at Hampstead Downstairs, which has attracted the highest number of bookings for all three plays since the studio theatre was established. Mortimer is chatting about how this season features first or second plays from new writers that focus on particularly topical stories. By keeping programming lead times fluid, Mortimer has been able to group plays together that share similar thematic territory, in this case selecting material with relevant social currency. He describes the season as featuring ‘fallible parents’ struggling to cope with some harsh aspects of contemporary life. Familial loyalty is scrutinised; the parameters of lawfulness are questioned; and the effect of loss and betrayal are exposed. Grouped together, Four Minutes Twelve Seconds, State Red and Elephants offer audiences a thought-provoking, intimate commentary on some big social questions.

Both Atiha’s Sen Gupta’s State Red and James Fritz’s Four Minutes Twelve Seconds ask these questions through a lens of domestic specificity, allowing the plays an emotional narrative that emphasises the frightening relevance of the issues. Mortimer sees both writers as interested in what it means to be growing up in a daunting urban environment that forces kids to make morally complex choices before they can properly gauge the potential consequences. Fritz’s drama, Four Minutes Twelve Seconds, explores the fallout when a teenage couple make a sex tape that goes viral. Mortimer believes that although this is a topic that resonates with currency right at the moment, it’s just a different version of the peer pressure that any age group grows up with. The difference for this generation being of course the far-reaching implications of online publishing.

State Red also takes a particularly topical angle in its scrutiny of the Metropolitan Police. ‘_State Red_ was sent to us at the end of July and we just read it and said we should be doing this right now,’ says Mortimer. ‘We had Wildefire already scheduled for the Main Stage, and it seemed really opportune to put both on at the same time and look at two different sides to the police’.

Although the plays approach the subject from very different angles, Wildefire and State Red both interrogate the havoc that occurs when pressure within the Metropolitan Police force erupts, and mistakes are made. By staging both plays simultaneously, Hampstead will offer audiences the insight of a rare, multi-faceted portrayal of the police.

State Red is Gupta’s second play at Hampstead. Her first hard-hitting drama What Fatima Did was produced at Hampstead when she was only nineteen, and Hampstead then commissioned the young writer to support her playwriting in whatever direction it took. Mortimer explains the theatre’s approach to commissioning as in many cases offering writers general support in their work, rather than commissioning a play to a specific brief or on the back of a speculative treatment. Occasionally writers may specify what they want to write about when being commissioned, but this often changes during the creative process. Mortimer also points out that it’s another reason to keep programming deadlines fluid, as it is difficult to predict when a commissioned play might ‘land on your desk’.

All three plays place the spectator in a room with families unravelling under the pressure of very real and challenging situations. Mortimer says that this gives the three dramas an intensity that is particularly well suited to the Studio. The third play in the season is also perfect for the intimacy of Downstairs. Elephants, a dark comedy of a family coping with major upheaval at Christmas, is TV writer Rose Heiney’s first play. She has worked on TV shows such as Miranda, Fresh Meat and Big Bad World, and her writing struck Mortimer as unusually assured. Elephants pitches a family into a spectacularly stressful Christmas, and the consequent falling apart will have audiences squirming in recognition.

‘We read Rose’s play eighteen months ago. Her writing seemed very fresh and funny, but we already had Fault Lines programmed for Downstairs last Christmas. So we did a reading to confirm our thoughts about it and to let Rose hear it aloud, and we decided to keep hold of it to programme for this Christmas.’

The specific set-up of Hampstead Downstairs offers emerging writers a great opportunity to learn through having their plays professionally produced. Writers often adapt drafts right up to opening night and sometimes throughout the run. The input of the actors during rehearsal can be instructive, and even when playwrights are sitting in casting sessions, hearing different actors read their lines can reveal what needs re-writing.

‘It’s a lovely feeling for me. They’re all incredibly excited,’ says Mortimer. ‘This is an opportunity for these talented young writers to have their plays seen by three thousand people and to provoke discussion in audiences about some very relevant themes. If this season encourages people to talk about the issues, and allows James, Atiha and Rose to learn more about playwriting, or want to write a different play or an even better play – then that’s fantastic. And that’s the job we’re trying to do really.’