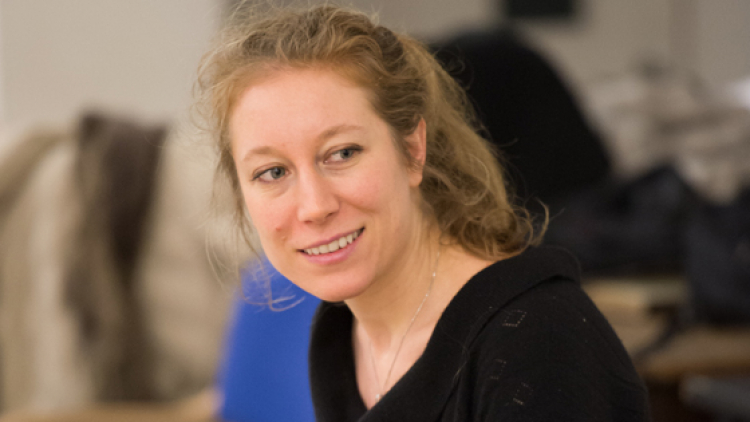 While Nina Raine was researching her new play, she found herself identifying a little too closely with the medical profession. The Telegraph Jasper Rees interviews Tiger Country Writer and Director Nina Raine.
Published 3 January 2011

When Nina Raine spent three months visiting hospitals for a play about the medical profession, she noticed a change in herself. “I was getting up at 6.30am – early for me – to get on a bus to be at the place by a quarter to eight, and I just started within a week to feel like a put-upon doctor saving people’s lives: ‘Don’t these people realise I’m going to hospital?’ You do start to get this God complex.”

For a play that aims to show the way doctors live, work and, above all, think, it was a valuable insight. The play is Tiger Country, and it opens at the Hampstead Theatre this month only weeks after Raine’s last play Tribes completed its hugely successful run at the Royal Court.

For four years, the theatre had not heard a squeak from a playwright who, with her debut Rabbit in 2006, seemed like a distinctive new voice. That work centred on a rudderless young woman of nearly 30, who celebrated her birthday with friends while her father was dying in hospital.

It opened at the Old Red Lion in north London, ended up in the Brits Off Broadway season in New York, and brought Raine a most promising playwright award. But then she seemed to fall silent. Now, within three months, two Raine plays have opened in two theatres famous for their new writing. How come it never Raines but it pours?

“Two plays in four years? I think that’s all right, actually,” she says. Her newest works are both thematic tributaries of Rabbit. Tribes featured at its heart another father, this one a vibrant paterfamilias in very rude health who heads a voluble family from which a deaf member feels a mounting sense of exclusion. The idea, she says, was suggested by a dynamic in her own family.

Her father is the poet Craig Raine, her mother the literary academic Ann Pasternak Slater, but she also has a relative with dyslexia (she’s not saying who but presumably a sibling). “It was interesting that someone in a very literary family was not part of the tribe. I thought, ‘What if you take that several steps down the line to make it more extreme?’ “

Tiger Country, meanwhile, takes the character of a doctor she created in Rabbit and follows her into work. Raine happily admits that the character was originally based on a young friend whose heavy professional burden was a source of fascination. “You’ve got these quite young, unformed people having to develop a personality for this kind of work before they even know who they really are. It can’t help but seep into how brusque you might be with your romantic partner if you’re coming from a day when you’ve just had to pull the plug on someone.”

But that is only one story of many. In order to flesh out her fictional hospital with narratives, Raine visited four hospitals – two in London, one in Oxford and one in East Sussex – to observe doctors and surgeons. She picked up plotlines the way geriatric patients pick up superbugs – “far too many stories to put into one play. It’s a really rich field emotionally if you can do it in a way that doesn’t get all television and small and flabby.”

Raine discovered early on that she would not be going about her father’s business. “Everyone thinks, ‘Oh, are you not going to be a poet, too?’ And then you write your rubbish poem about autumn leaves, and you realise these things quite soon.” Instead, she experimented with writing stories and, in letters home in her gap year, eye-catching dialogue.

The lure of the profession came slowly. When she was 11, her father’s libretto for the opera The Electrification of the Soviet Union exposed her to a backstage world that she revisited as a student when his play 1953 was mounted at the Almeida. “You can see how you’d think that this is just the coolest world ever – wouldn’t you want to be part of it? It’s all those corny greasepaint memories.”

While reading English at Oxford, she directed plays, a privilege frustratingly denied her at school by teachers who preferred to do it themselves. Among the attractions of theatre was the potential for moral and intellectual fence-sitting. “I just find it hard to do what my dad does, which is to say, ‘I believe this and this is how the world is.’ I like having two people argue about what the world is.”

While waitressing at the River Café, she wrote a short observational play about a high-end restaurant; it has never been performed, but it secured her an agent. She entered theatre as an assistant director working for, among others, Nicholas Hytner, Katie Mitchell and Stephen Daldry. The discipline appealed to her. “You get wonderful dream time and no pressing angst. A bit of politics maybe with the director or feeling you have to say something intelligent. And you’re learning all the time.”

She wrote Rabbit while assisting and then directed it herself. Tribes was directed by Roger Michell. “It was like watching a master at work, purloining a few tricks for my own bag. I felt gloriously responsibility-free.”

She is back in charge with Tiger Country. Early in rehearsals she went through the play with the cast working out building-block stuff such as how long such and such a character had been at the hospital. “One of the actors suddenly burst out, ‘But you know all the answers! Why are you asking us?’ The thing is I don’t know. And it’s not about me going, ‘Here’s a fact sheet.’ It’s about discovering it together.”

Her concern that she has got her medical facts wrong has found her seeking second and third opinions from doctors acting as script consultants. “All it needs is for one doctor to come and see it and write a snotty article.”

And should she ever need medical care herself, once doctors know it’s her, will she receive special care or revenge care? “I hope I get special care because it’s me trying to show the doctors’ point of view. I’m not trying to do a hatchet job. I’m trying to say, ‘This is what it’s like from the other side.’ “

To read the full article click here to visit The Telegraph