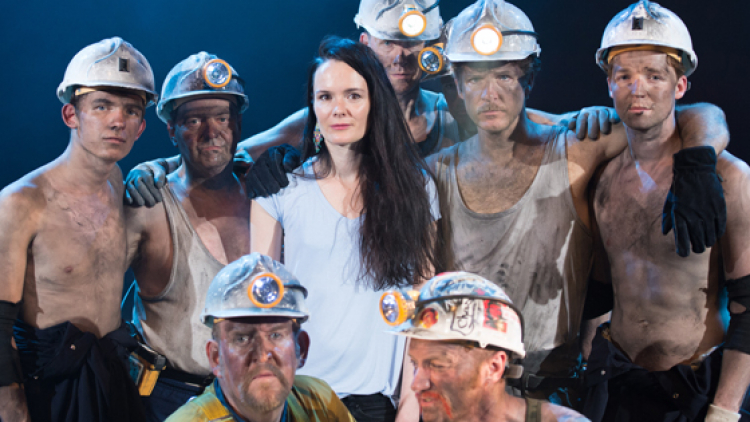 The stars gathered in central London last night to celebrate the best of British theatre at the 60th London Evening Standard Awards.

Hampstead Theatre would like to congratulate Beth Steel for winning The Charles Wintour Award for Most Promising Playwright following her critically acclaimed Wonderland at Hampstead this year.

Marking the thirtieth anniversary of the Miners’ Strike, Beth Steel’s epic drama presented the full sweep of the turbulent events that transformed the country – from the corridors of Westminster, to pitched battles with the police, to the coal faces of Nottinghamshire.

A finalist for The Susan Smith Blackburn Prize for Best New Play, Wonderland was Steel’s first major play to be produced on the London stage following her writing debut Ditch in the Old Vic Tunnels.

Wonderland was directed by Hampstead Theatre’s Artistic Director Edward Hall and was live-streamed for free in association with The Guardian to over 10,000 people on the final night.