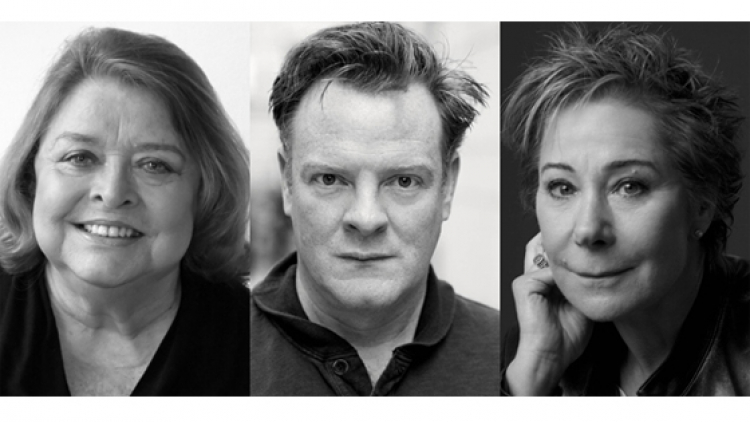 Smith commutes to the West End to her work as a secretary at a publishing company. Her evenings are spent at home with her beloved aunt – a world of battenberg cake, gossip, ginger nuts and sherry in tiny glasses. But at the same time as leading this seemingly mundane suburban existence, she is writing the piercing poetry and prose that will one day make her famous.

Stevie is a biographical snapshot of both the poet and the private woman. Shot through with wit, this is the story of an endearing heroine, her unconventional life, powerful and popular poetry and her greatest struggle: to keep waving and
not drowning.

She wrote nine volumes of poetry. The first was titled A Good Time Was Had By Al_l, which became a catchphrase referenced everywhere in popular culture. Her most famous poem is _Not Waving but Drowning. She also wrote three novels, Novel on Yellow Paper, Over the Frontier and The Holiday.

Zoë Wanamaker makes a highly anticipated return to Hampstead Theatre where she last appeared in Terry Johnson’s Dead Funny, which transferred to the West End. Other theatre credits include Passion Play, All My Sons (both West End), and Much Ado About Nothing (National Theatre). Screen credits include Harry Potter, My Week with Marilyn and My Family.

Chris Larkin was also in the Chichester Festival Theatre’s acclaimed production of Stevie. His other stage roles include Noises Off (Old Vic), Yes Prime Minister (National Tour/West End), and The Whisky Taster (Bush). TV includes Coalition, Yes Prime Minister, and Miss Marple, and in film The Facilty, Valkyrie, Master and Commander and Tea with Mussolini.

Hugh Whitemore’s stage writing credits include Breaking the Code, A Marvelous Year for Plums, Pack of Lies and The Last Cigarette (with Simon Gray). Film includes The Return of the Soldier, 84 Charing Cross Road and Ultz and TV includes the award-winning drama The Gathering Storm. Stevie was made into a film with Glenda Jackson, Mona Washbourne, Alec McCowen and Trevor Howard.

Christopher Morahan was Associate Director at the National Theatre where his credits included the award-winning National Theatre and Broadway production of Wild Honey. Other directing credits include The Ragged Trousered Philanthropists and The Importance of Being Earnest (both Chichester Theatre). Television work includes A Dance to the Music of Time, The Jewel in the Crown and The Glittering Prizes.

A co-production with the Chichester Festival Theatre