Michael Frayn at Hampstead Theatre: A career in pictures 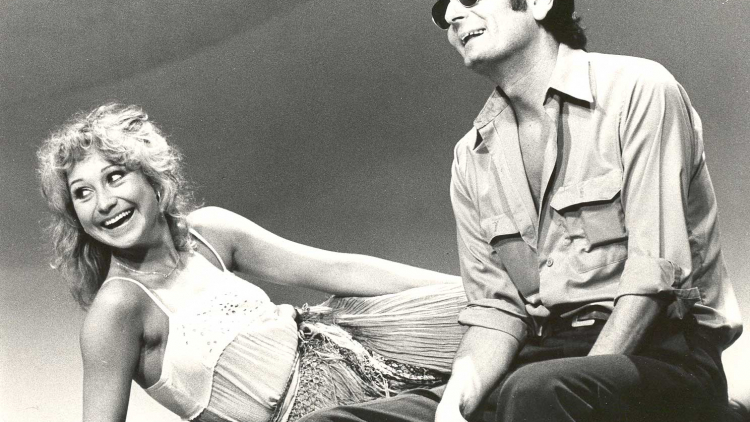 Award winning writer and playwright Michael Frayn and Hampstead Theatre’s working relationship begun in 1975 with the world premiere of Alphabetical Order, starring Billie Whitelaw, which then transferred to the West End. Philosophical comedy Clouds was staged the following year, starring Felicity Kendal, and an adaptation of his novel Now You Know in 1995. Michael Frayn was also instrumental in construction and opening of the current Hampstead Theatre building in 2003. 2009 saw a sell out revival of Alphabetical Order, directed by Christopher Luscombe and starring Gawn Grainger, Jonthan Guy Lewis and Imogen Stubbs. 40 years after Michael Frayn’s first play at Hampstead the Theatre will stage another world premiere in the form of Matchbox Theatre, an evening of short entertainments, directed by Hamish McColl.

The cast of Alphabetical Order (1975, photo taken by John Haynes)