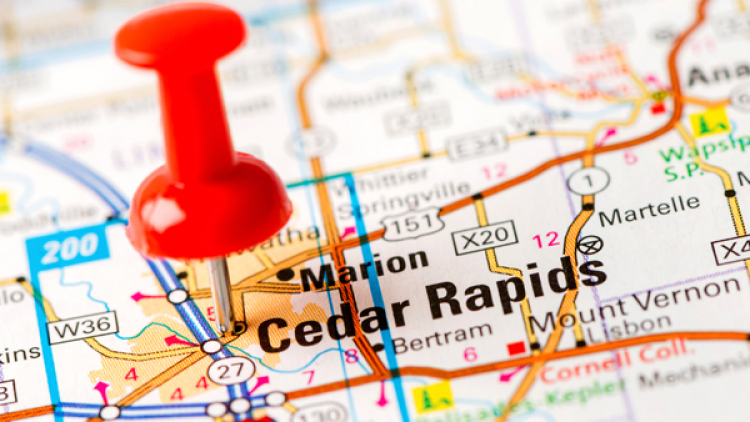 Priority Booking for Friends and Patrons is now open. Public Booking opens Tuesday 14 April at 10.30am.

Cedar Rapids, Iowa, is nicknamed ‘The City of Five Seasons’ – the fifth season being the time you have in which to enjoy the other four.

However Cedar Rapids resident Caroline Cox has no time for enjoyment. During her twentyfive years as a social worker in The Department of Human Services, her life has been nothing but late nights, early mornings, challenging adolescents and tricky relations with difficult colleagues. But for all her experience and ‘gut feelings’ this next case is going to change everything, making her question all she thinks is fundamental… both professionally and personally.

Multi award-winning Rebecca Gilman’s sharply witty drama explores the power we have to change the future – irrespective of the past, and however impossible the circumstances appear to be.

Rebecca Gilman’s plays include The Glory of Living (Pulitzer Prize Finalist, The Evening Standard Award for Most Promising Playwright and The George Devine Award), The Sweetest Swing in Baseball, Spinning Into Butter, Boy Gets Girl (Olivier nominated for Best New Play), The Heart is a Lonely Hunter, The Crowd You’re in With, A True History of the Johnstown Flood and Dollhouse.

Michael Attenborough returns to Hampstead’s Main Stage for the first time since his time as Hampstead Theatre’s Artistic Director (1984 – 1989). He directed the Hampstead Downstairs sell-out hit Godchild starring Tracy-Ann Oberman in 2013. Recent credits as Artistic Director of the Almeida Theatre include King Lear, Reasons to be Pretty and Measure for Measure.

Lighting design is by Jon Clark and sound is designed by John Leonard.

Full casting to be announced.