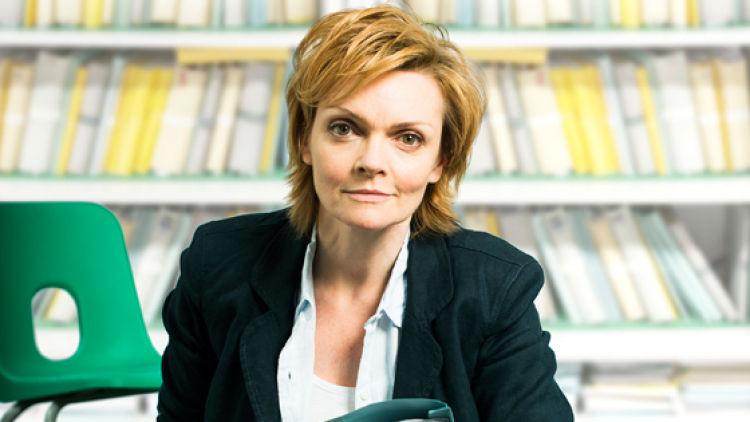 Sharon Small, Corey Johnson and Rachel Redford will be joined by Alexander Arnold, Caroline Faber, Ed Hughes and Abigail Rose in the UK Premiere of Luna Gale, in a cast which features both outstanding established performers and exciting new talent.

Multi award-winning Rebecca Gilman’s play is a sharp exploration of our power to defy the odds and affect our future and that of our children.

Caroline Cox has been working in The Department of Human Services in Cedar Rapids, Iowa, for twenty-five years. A veteran social worker, she thinks she has a typical case on her hands when she encounters Peter and Karlie, yet another teenage couple with all the classic problems. But as Caroline wades deeper into their situation, she stumbles upon a life-changing revelation, making her question all she thinks is fundamental… both professionally and personally.

Lighting is designed by Jon Clark and sound by John Leonard.

Rebecca Gilman’s plays include The Glory of Living (Pulitzer Prize Finalist, The Evening Standard Award for Most Promising Playwright, The George Devine Award and was named one of Time magazine’s Best Plays of the Decade), The Sweetest Swing in Baseball, Spinning Into Butter (received a Joseph Jefferson Award for Best New Play) and Boy Gets Girl (Olivier nominated for Best New Play) – all four plays were given their UK premieres at The Royal Court. Her other plays include The Heart is a Lonely Hunter, The Crowd You’re in With, A True History of the Johnstown Flood and Dollhouse.

Michael Attenborough returns to Hampstead’s Main Stage for the first time since his period as Hampstead Theatre’s Artistic Director (1984 – 1989). He directed the Hampstead Downstairs sell-out hit Godchild starring Tracy-Ann Oberman in 2013. Recent credits as Artistic Director of the Almeida Theatre include King Lear, Reasons to be Pretty and Measure for Measure.

Alexander Arnold was last at Hampstead in the Olivier Nominated Four Minutes Twelve Seconds. He has recently been seen on TV in Poldark, Foyles’s War, Silk and What Remains. Film includes The Salvation.

Rachel Redford has recently been on stage in Closer (Donmar Warehouse), Adler and Gibb (Royal Court), Ghost From A Perfect Place (Arcola) and Not the Worst Place (Paines Plough). Her film work includes Posh.