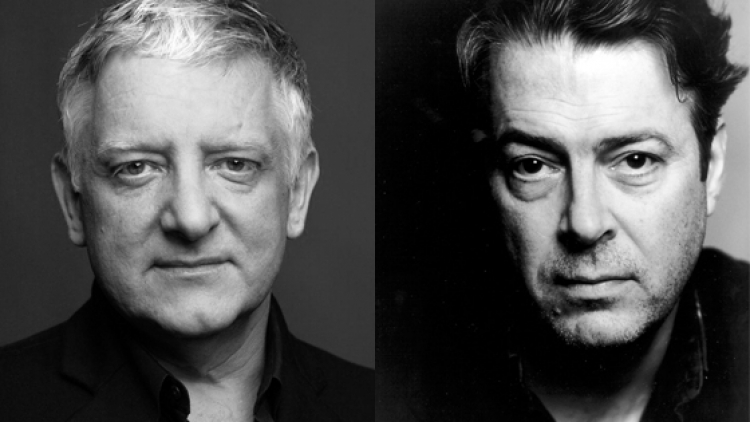 On the Main Stage: – Simon Russell Beale stars as Georgian celebrity Samuel Foote in Mr Foote’s Other Leg a new play by Ian Kelly, directed by Richard Eyre. – The Moderate Soprano, a new play by David Hare starring Roger Allam, recounts the story of John Christie’s dream to build an Opera House on his Sussex estate. Directed by Jeremy Herrin.

Hampstead Artistic Director Edward Hall said ‘As we move into our sixth year at Hampstead it’s a real privilege to bring two fascinating and entertaining new plays to the Main Stage. Both plays are inspired by true stories, and each marks a momentous time in British society and expores the place of the Arts in public life. We are also celebrating three West End transfers in the last year, whilst looking to the future with our new commissioning fund.’

‘Being celebrated is not the same as fame Mr Foote, therein lies the death of kings’

In Georgian London no one is more famous than Samuel Foote. Satirist, impressionist and dangerous comedian, he has become a celebrity in a city, and at the moment in time, when the concept of selling personality was born. He even has the ear of the king.

Simon Russell Beale stars as Samuel Foote, one of the greatest lost figures of Georgian London. Ian Kelly’s riotously funny new play, based on his award-winning biography of Foote (Theatre Book of the Year 2013), explores our obsession with the rise and fall of celebrity through the true story of the Oscar Wilde of the 18th century.

Richard eyre returns to Hampstead following The Last of The Duchess in 2011. His many West End and Broadway productions include Ghosts, Hamlet, Guys and Dolls, Carmen, The Marriage of Figaro, Quartermaine’s Terms and The Pajama Game. Film credits include Iris, Notes on a Scandal and the forthcoming The Dresser.

Simon Russell Beale is acknowledged as one of the UK’s foremost actors. Stage appearances include the forthcoming Temple (Donmar), King Lear and Timon of Athens (National Theatre) and Privates on Parade (Noel Coward Theatre). TV includes Penny Dreadful series, Henry IV Parts I & II and Spooks. Film includes My Week with Marilyn, Tarzan, Into the Woods and The Deep Blue Sea. His awards include two BAFTAs, three Olivier Awards, and Evening Standard and Critics Circle Awards.

Full cast to be announced.

‘I want to give my country a model of perfection… Nothing less. My country needs cheering up. I’m the man to do it’

David Hare’s new play is the story of an intense love affair between some unlikely bedfellows, and of the unrelenting search for artistic excellence in the face of searing scrutiny, sacrifice and war.
david Hare returns to Hampstead following his acclaimed The Judas Kiss. His many plays include Behind the Beautiful Forevers, Pravda, Plenty, Racing Demon, Skylight, Amy’s View, Via Dolorosa, Stuff Happens, The Vertical Hour, Gethsemane, and South Downs. His many screenplays include The Hours and The Reader.

This is director Jeremy Herrin’s fourth collaboration with David Hare, following The Vertical Hour, South Downs and The Absence of War. Other stage productions include The Nether (Royal Court/West End), Wolf Hall and Bring up the Bodies (RSC/West End/Broadway). He is Artistic Director of Headlong Theatre Company.

Roger Allam returns to Hampstead Theatre following Seminar last autumn. Recent theatre credits includes The Tempest and Henry IV Parts I & II for which he won the 2011 Olivier Award for Best Actor (Shakespeare’s Globe) and Uncle Vanya (Chichester Festival Theatre). Films include Girls Night Out, The Book Thief, The Iron Lady, The Woman in Black, The Queen and Tamara Drewe.
Full cast to be announced.

‘I made a mistake! And you’re wrong about men. Most men pretend to be complicated, so women will find them attractive’

One man, four phones and thirty-six calls. As Martin’s carefully constructed lives – as husband, father, son, lover, client, employee and patient – spiral out of control he must decide what is truly important, and how he can even begin to atone for his mistakes.

BAFTA Winner Jeremy Brock returns to Hampstead Downstairs with a gripping and evocative glimpse into the rapid unraveling of Martin’s world.

Brock was last at Hampstead Downstairs with The Blackest Black in 2014. The Blackest Black and 36 Phone Calls are his first plays in over 20 years, after scripting many critically acclaimed films including Mrs Brown, The Last King of Scotland and How I Live Now.

This production has been supported by an anonymous donor.