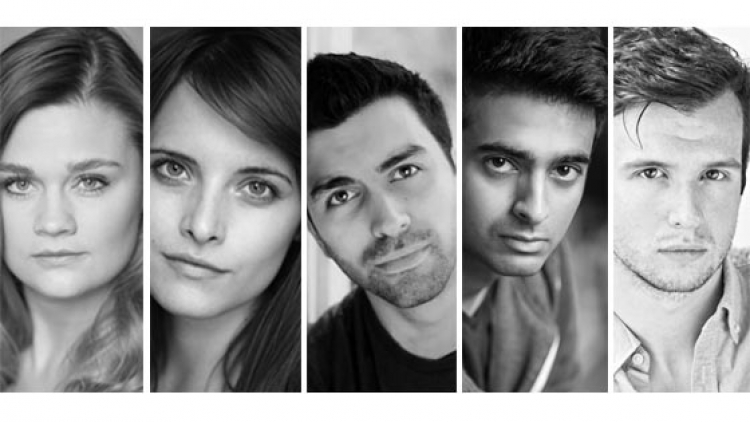 ‘Tis the season to be jolly – but the employees at Festive Pines are certainly not getting into the festive spirit.

Gabby has a first class honours degree and an MA but somehow is stuck – for the third year running – counting Norwegian Spruce. Betty wishes she was ice skating with her mates at Somerset House rather than ‘gaining work experience’. Joe is nursing a broken hand, and heart, by lugging trees. Taj can’t decide whether he’s in love with Gabby or Betty. And they’re all being driven out of their minds by Michael Bublé’s Feliz Navidad on repeat…

Jacqui Honess-Martin’s delightful festive comedy explores the value of learning on the job, the rose-tinted expectations of recent graduates, and the inability to see the wood for the trees.

Jacqui Honess-Martin’s previous theatre credits as a Writer include Tell Out My Soul (Public Theatre, New York), We Have Fallen (Ideas Tap Underbelly Award, Edinburgh 2014) SMITH and an adaptation of Antigone (both InSite Performance).

Ronak Patani plays Taj. He trained at Royal School of Speech and Drama and recent theatre credits include Primetime (Royal Court) and Behind the Beautiful Forevers (National Theatre). Television and film credits include Stella (Sky); Point Break and Schemata.

Matt Whitchurch plays Joe. He trained at RADA and recent theatre credits include We Know Where You Live (Finborough Theatre) and A Midsummer Night’s Dream (Liverpool Everyman). Television credits include The Outcast; Call the Midwife and Some Girls (BBC).