Time Out: Backstage with ... 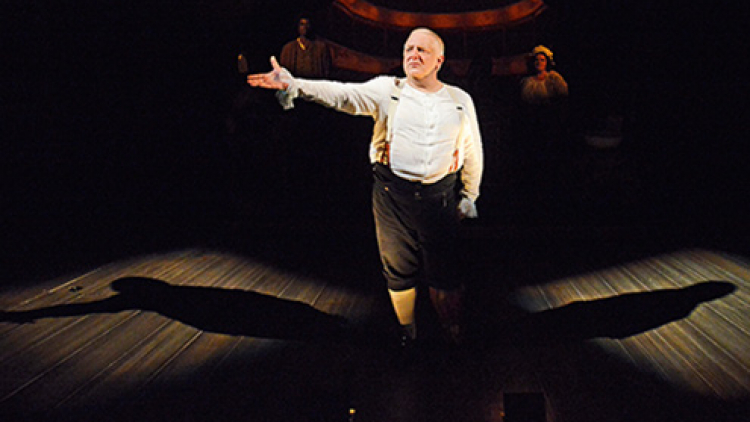 Olivier Award-winning actor Simon Russell Beale is currently starring in the smash hit Mr Foote’s Other Leg, which has transferred from Hampstead Theatre to the Theatre Royal Haymarket, where the play’s eponymous Georgian actor hero lived and worked.

Do you have any backstage rituals?
‘I have a few very silly things like having to put my shoes and socks on in a particular order: first right, then left. And I don’t like hearing whistling in the theatre. When I was playing “Hamlet” and “King Lear” I would say all my lines one after another with no pause, alone on stage: it took about an hour. I’d have to hope no one was listening!’

In Mr Foote’s Other Leg we see all kinds of accidents, including a character getting impaled through the eye. Have you had any mishaps on stage?
‘I’ve broken a finger on stage in “Timon of Athens” at the National.There there was rubbish all over the floor and I slipped on a bin liner! My fourth finger was a sort of “z” shape. The chap who was understudying me was on in seven minutes. Forget about my finger, they were mostly worried about getting my costume off and onto him as quickly as they could!’

Foote becomes a celebrity in a fame-obsessed age.Was eighteenth-century London as obsessed with celebrity as we are today, in the era of Cumberbatch’s Hamlet?
‘Oh yes. Sam Foote went on trial for sodomy, and the Duchess [of Kingston, a scandalous socialite satirised by Foote] went on trial for bigamy. Both trials knocked the news of the American Declaration of Independence off the front pages of the newspapers. I find that very telling.’

To read the full article click here to visit Time Out online.