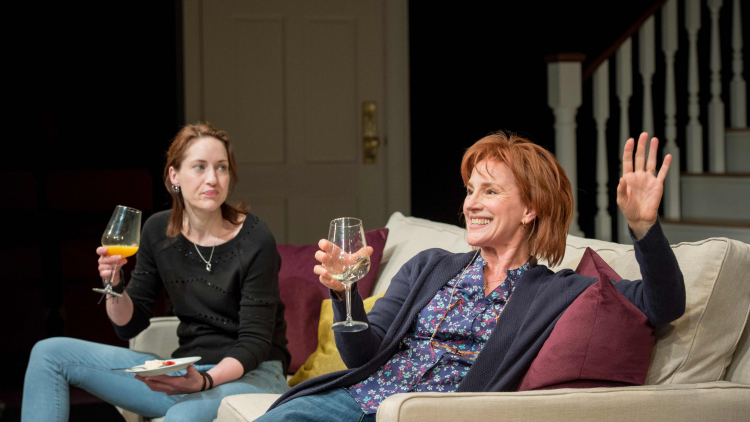 ‘American writer David Lindsay-Abaire, whose Good People was a hit at Hampstead Theatre in 2014 and subsequently transferred to the West End, is back with another scorching drama’

‘Becca’s newly pregnant sister Izzy and their mother Nat are on hand to lend support, played in Edward Hall’s deeply felt production with tenderness and bewilderment by Georgina Rich and Penny Downie respectively. But it is the late arrival of a fifth character, played with remarkable feeling by recent RADA graduate Sean Delaney, that contains the most drama.’