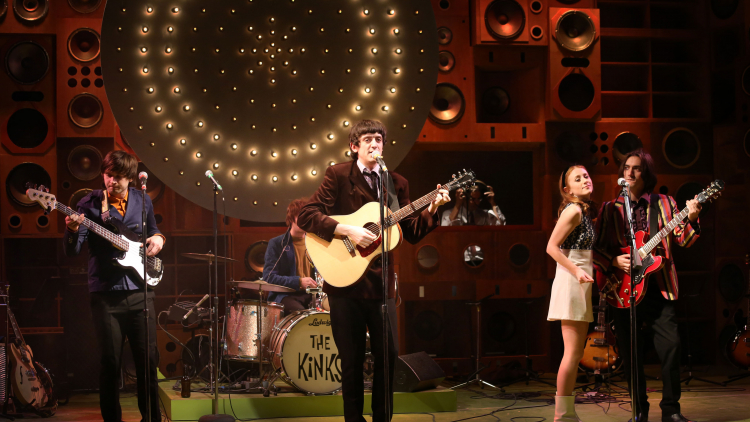 The extension, which will take the show pasts its second West End birthday, coincides with the 50th anniversary of the chart-topping single from which the show takes its name.

To celebrate, 50 of the show’s normally top priced tickets will be sold for £19.66 at each performance in July, marking the year of the single’s release.

Speaking about the extension, The Kinks’ frontman Ray Davies said: "I am delighted that Sunny Afternoon is extending in the West End and starting the national tour, playing many of the same venues The Kinks played on the road. Every time I visit the West End show I see people discovering it for the first time with the performances going from strength to strength.”

Sunny Afternoon follows the fortunes of The Kinks from two brothers jamming in a bedroom to becoming one of the leading UK bands in the world and trying to break America. It includes all of their greatest hits, including You Really Got Me, Waterloo Sunset, Days and Lola.

The show, which features a book by Joe Penhall and direction by Edward Hall, started its life at the Hampstead Theatre before transferring to the West End and winning four Olivier Awards.