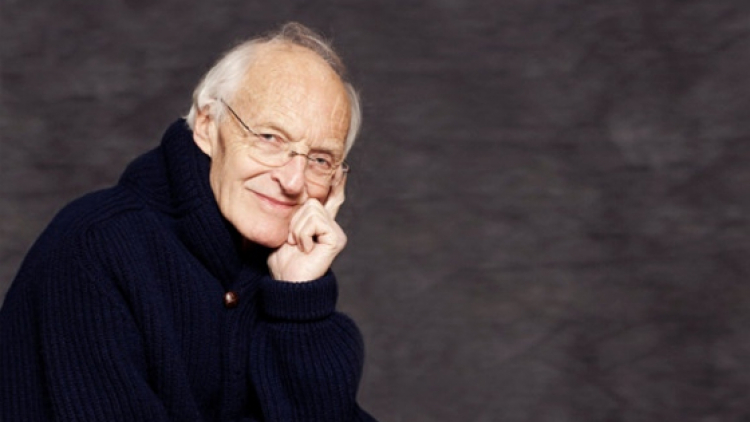 Wild Honey, which opens at Hampstead this week, is Michael Frayn's charming adaptation of one of Anton Chekhov's earliest plays, which was discovered posthumously. Here, Frayn discusses the mysterious story surrounding this intriguing discovery...

In 1920, sixteen years after Chekhov's death, a new and unknown play by him came to light. The bulky manuscript, in Chekhov's own hand, was found inside a safe-deposit in a Moscow bank. The circumstances of the discovery are somewhat cloudy. But then there is an element of mystery about the play itself. The title-page of the manuscript was missing, and with it all record of the play's identity and origins. Since it was published by the Soviet Central State Literary Archive in 1923 it has become known under a variety of appellations. In England it is usually called by the name of its hero, Platonov; or rather, as English-speakers insist on pronouncing it, Plate On/Off. From the handwriting and the frequent provincial usages it was plainly written at the very beginning of Chekhov's career. In fact it is agreed by all authorities to be his first extant play. The puzzle is to know whether it is also the first full-length play that he ever wrote; and the question is not entirely academic.

It is a remarkable and tantalising work. Commentators seem to have been more struck by its youthful shortcomings than by its surprising strengths. Its defects are obvious enough. Its length, for a start; if it were staged uncut it would run, by my estimate, for something like six hours. In fact it is altogether too much. It has too many characters, too many disparate themes and aims, and too much action. It is trying to be simultaneously a sexual comedy, a moral tract, a melodrama, a state-of-Russia play, and a tragedy. The traces of Chekhov's early theatre-going as a schoolboy in Taganrog (often in disguise, to elude the school inspector - it was a forbidden vice) are too baldly obvious. Platonov himself is that archetype of nineteenth-century Russian literature, the ‘superfluous man'. He is also Hamlet the hero crippled by conscience and indecision; and Chatsky (in Griboyedov's Woe from Wit), the hero incapacitated by chronic honesty. The play is also marred by a certain coarseness, particularly in the drawing of some of the minor characters; perhaps most particularly in the characterisation of Vengerovich, 'a wealthy Jew' (though his predictable vulgarity is somewhat counterbalanced by a streak of outspoken idealism in his son). Worse, for the workability of the play, is a rambling diffuseness of action and dialogue. Worse still, at any rate for the adaptor who is trying to find a practical solution to all these problems, is a defect that foreshadows one of the great glories of the later plays - a fundamental ambiguity of tone between comic and tragic, which will eventually be resolved into a characteristic Chekhovian mode, but which appears here mostly as an indeterminate wavering. All in all, it has been generally dismissed as unstageable. Ronald Hingley, in his biography, describes the play as a botched experiment which it is not surprising that Chekhov should have wished to bury in decent oblivion. What interests the commentators most is the way in which the later plays are here prefigured. Platonov is a sketch for Ivanov; Anna Petrovna, the widowed local landowner, foreshadows Ranyevskaya. There is the great theme of the lost estate, and the dispossession of the rural landowners by the new mercantile bourgeousie, that will recur in The Cherry Orchard. There is the unhappy wife attempting to poison herself, as in Three Sisters. There is the drunken doctor, and the vain longing of idle people to lose themselves in work, and so on.

All this is true. More striking by far, however, to someone engaged in the actual practice of playwriting, are the play's precocious and inimitable virtues. Platonov himself, for a start. He may be a mixture of Hamlet and Chatsky and others; but overwhelmingly, wonderfully, appallingly he is Platonov. He is not really like anyone else at all; he is not even remotely like his author. He is like himself, and - even more to the point - he just is. So is Anna Petrovna. She is a most surprising character to find in a nineteenth-century play. There are plenty of heroines of the time who inspire erotic feeling in men (and who usually end up dead or disfigured for their pains). There are a few, like Katerina Ismailovna in Leskov's A Lady Macbeth of the Mtsensk District, who are driven by some dark appetite of their own, and who pursue it to crime and degradation. But where else is there one who is permitted to express such shining physical desire, and to remain - though punished, it is true, by the loss of her estate - essentially unhumiliated? And where else would such a powerful charge of feeling have led, by an only too human process of contrariness and confusion, to the seduction of the wrong woman?  David Magarshack, in Chekhov the Dramatist, sees Anna Petrovna as a figure out of a mediaeval morality play, the personification of lust. She is nothing of the kind. She is a living, breathing, changeable human being who has a warm friendship for Platonov as well as desire. She repeatedly surprises - in the sudden impatience provoked by Platonov's vacillation, for example, and the sudden mean contempt with which she turns not only upon Sofya, when she discovers her to be her successful rival, but upon Sofya's wretched husband for failing to be man enough to control his wife; and perhaps most of all in the despair she reveals to Platonov in their last great scene together.

In this play for the first time we see Chekhov demonstrating his uncanny ability to enter the lives of people both unlike himself and outside his own experience. He makes Platonov 27, but the desperation that the reappearance of Sofya releases in him is the desperation of middle age, when we realise that our youth and promise have gone, and that we shall do no better in life. He does not specify Anna Petrovna's age; she is simply ‘a young widow’. But she, too, is driven by the same fear that life is passing her by. It is difficult to understand how Chekhov could have known at the age he was then what it was like inside the hearts and minds of people who see their lives already beginning to slip from their grasp.

But what age was he exactly?  This is where we come to the mystery. The only known account of the play's origin comes from Chekhov's younger brother Mikhail. He referred several times in articles and memoirs written in the years after Chekhov's death, to an 'unwieldy' play which he later specifically identified with the one found in the safe-deposit. He says that his brother wrote it ‘in the year after his arrival in Moscow,’ and ‘in his second year at university’ - both of which phrases fix the year as 1881, when Chekhov was 21, and studying medicine at Moscow University. (Chekhov's sister, in a letter written in the 1920s, refers to the play as having been written in his first year at university, which is not significantly different). Mikhail says that Chekhov ‘dreamed of having [it] produced at the Maly Theatre in Moscow,’ and that he showed it to a well-known actress, M N Yermolova. In fact Mikhail says that he copied the play out for Chekhov, who took it round to Yermolova in person, in the hope that she would put it on for her benefit performance. And indeed on the first page of the manuscript from the safe-deposit (which is presumably the draft from which Mikhail worked when he copied it out) is a partly erased note in pencil, addressed to Marya Nikolayevna Yermolova, saying: ‘I am sending you...  Mar Nik. Have no fear. Half of it is cut. In many places... still needs... Yours respectfully, A Chekhov.’ The actress was apparently not impressed. ‘I do not know what answer Yermolova gave my brother,’ wrote Mikhail later, ‘but my efforts to make a legible copy of the drama went completely for nothing; the play was returned and was torn up by its author into little pieces.’

Now, this is puzzling enough. Chekhov, to judge by his other works, was not a precocious writer. At the age of twenty-one he had only just started out on his career as a humorous journalist, and the sketches and spoofs that he was producing then are short, facetious, and two-dimensional. They are often quite stylishly flippant, but they are within the range of a humorously-inclined medical student. The sheer size of the play would be surprising enough in this context. Donald Rayfield, in Chekhov: the Evolution of his Art, advances a plausible textual reason for dating the play two years later (a bizarre reference to Sacher-Masoch, whose works Rayfield believes Chekhov came across only when he was preparing his dissertation in 1883). But even then Chekhov had only just begun to write real stories. It is difficult to believe that he could have written some of the scenes in the play at that stage of his career. One might be tempted to suspect a forgery - except that it is even more difficult to believe that anyone else wrote them, at any stage in any career.

But this is only the beginning of the puzzle. Because two years before he entered university, when he was eighteen and still at school in Taganrog, Chekhov had already written a full-length drama. It was called Bezotzovshchina and it was read both by his elder brother Alexander, who found in it two scenes of genius, but who dismissed the whole as unforgivable, and by Mikhail, who says he kept a copy of it until his brother arrived in Moscow to start university, when he asked for it back and tore it up into little pieces. This was the last anyone ever saw of it.  Or was it? A play without a title, and a title without a play... Some scholars have always maintained that the two are in fact one.

Full introduction printed in the Wild Honey playtext, available to buy from our online shop for £5.