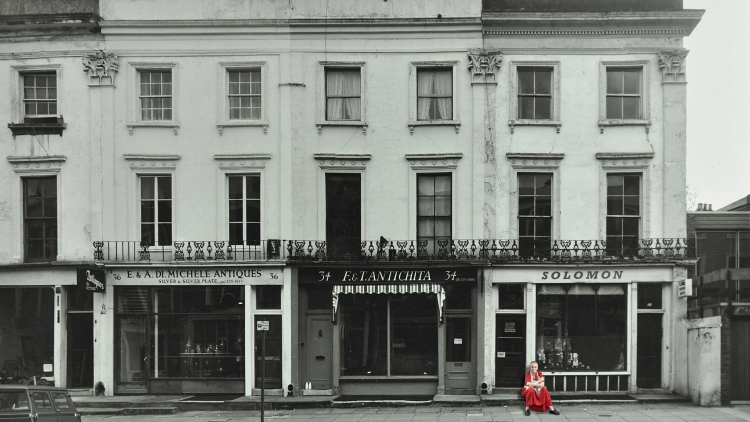 1968, East London. Over the years and against all the odds, Yetta Solomon has built a thriving business from nothing through sheer grit and passion. Ignoring all the obstacles - insufficient capital, economic downturns, aggressive competition - she has found a way to survive everything adversity could throw at her.

Now she faces her toughest challenge: her family. In a rapidly changing Britain, Yetta must protect the shop and keep it in the Solomon family. But her sons, grandchildren and in-laws have other ideas…  Always ruthless, how far will she go to keep the business in the family and the family in the business?

Ryan Craig was Writer-in-Residence at the Royal National Theatre Studio from January 2012 to March 2013. His plays for the National include The Holy Rosenbergs, a version of Tadeusz Siobojanek’s Our Class and We Lost Elijah for NT Connections. Other plays include How to Think The Unthinkable (Unicorn Theatre), Talk Talk Fight Fight (Tricycle Theatre), The Glass Room (Hampstead Theatre), Broken Road (BAC/Edinburgh Fringe – winner of a Fringe First), Happy Savages (Lyric Studio) and What We Did To Weinstein (Menier Chocolate Factory) for which he was nominated for the Evening Standard’s Most Promising Playwright award. Television includes Musketeers, Robin Hood, Waterloo Road and Hustle all for BBC1 and Saddam’s Tribe for Channel 4. In 2005 he was Writer-in-Residence at BBC Radio Drama and his radio plays include Blood Sports, Resolutions, English in Afghanistan, The Lysistrata Project, Hold My Breath, Portugal, The Great Pursuit, and Looking For Danny. Other works currently in development include Games for Lovers, Hepburn – Tracy,The Ghost Map and the screenplay Father of a Million Babies.

Callie Cooke plays Bernice. Callie’s credits include Firebird (Hampstead Theatre Downstairs and Trafalgar Studios). Her television credits include Britannia and Doctors, and she has an upcoming role in an adaptation of JK Rowling's The Strike Series.