A Cup of Tea with... Gloria's Ellie Kendrick 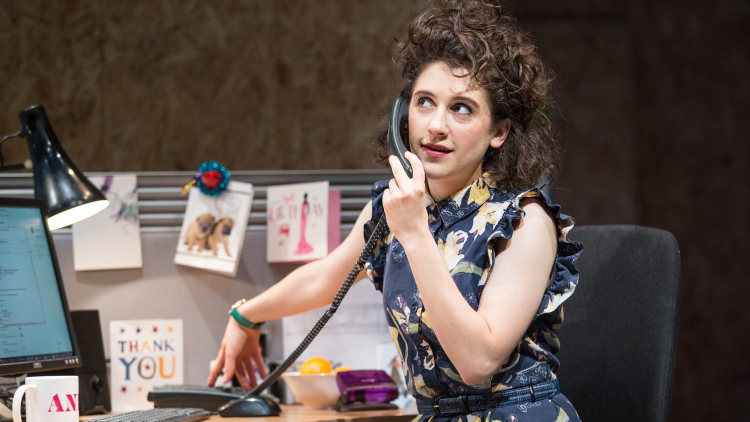 We chat to actor Ellie Kendrick about Gloria, pre-show rituals and Christine and the Queens. Ellie plays Ani in Gloria which is now playing on the Main Stage until 29 July.

Can you describe Gloria in a nutshell?

It starts out as a fast-paced office comedy that will turn audiences on their heads and then blow their expectations to smithereens.

What attracted you to Gloria?

It's a brilliantly written script, and frighteningly timely. I haven't properly done comedy on stage before, so I was attracted to that, and having the chance to do some muti-roling - three very different characters to play with - is a gift.

Tell us a little more about your character Ani.

She's the baby of the office family: a little nerdy, naive exterior, much shrewder than she seems.

"I clearly need to go watch this happen."

Do you prefer working on stage or screen?

Any on stage/on screen embarrassing moments?

They're too embarrassing to revisit.

Salt by Selina Thompson. Finely wrought performance felt from a place so deep. Enjoyed is the wrong word but I think the best piece of theatre I have seen this year. It's going to be up in Edinburgh in August. Two Man Show by RashDash was also brilliant. I went to see it twice. That's coming back too.

Christine and the Queens. We'd do a dance routine.

I already played it when I was 11. The Artful Dodger in Oliver!

A chef. Probably a stressed and unsuccessful one.

My back garden and Deptford Market.

Don't read your reviews until after it's done.