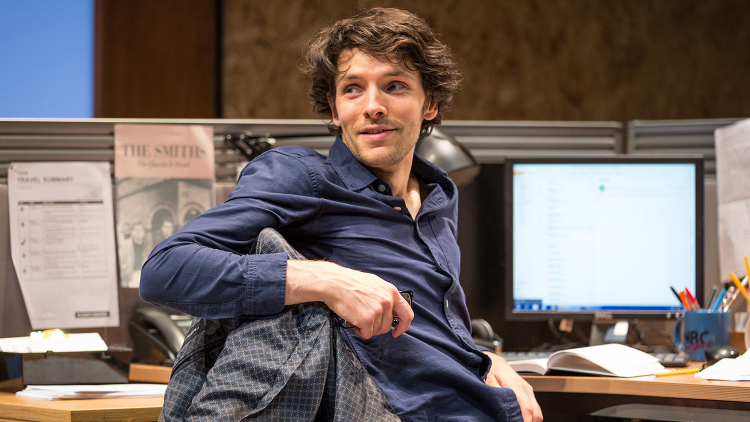 Another goodie from super-smart American Branden Jacobs-Jenkins, author of the brilliant 'An Octoroon'

'Branden Jacobs-Jenkins is taking London. The American’s earlier play, An Octoroon, is enjoying an extended run at the Orange Tree Theatre, he's got a commission for Nick Hytner's Bridge Theatre, and before that Gloria arrives with a strut.'

'A fast-talking, cynical look at office politics and the culture of creative ambition, Gloria isn’t in the same league as An Octoroon when it comes to formal experimentation; it sits comfortably in Hampstead Theatre’s regular diet of talky American dramas. But the dialogue is super-smart, it’s crisply funny in its relentless skewering of the pettiness and pretentions of a bunch of journalists, as well as offering – after a plot swerve I’ll try not to totally spoil – a more profound look at the way traumatic experiences may be packaged up and sold to the highest bidder.'

'Gloria is set in the offices of a beleaguered New York magazine. The privileged twenty-something employees snipe and sneer; there’s a relentless ambition for bylines and book deals, a desperation to get out – or at least get one over on your colleagues. The cast of Michael Longhurst's production are uniformly great: Ellie Kendrick is perfect as Ani, the 'pretty nerd' whose sweetness is tempered with a knee-jerk faux-friendliness. Kae Alexander is appropriately appallingly as Kendra, the snarking, self-promoting rich kid, who spars with Dean, a half-decent guy who drinks too much and is terrified he’s wasting away his life (admittedly, the sympathy does stretch thin at times…) He may be a bit of an smart asshole, but at least Dean – played with weariness but also warmth and wit by Colin Morgan – did actually show up to painfully empty party held by the office weirdo, Sian Clifford's creepily intense Gloria...'

To read the full review click here to visit Time Out online.