FILTHY BUSINESS: ★★★★ FROM THE FINANCIAL TIMES 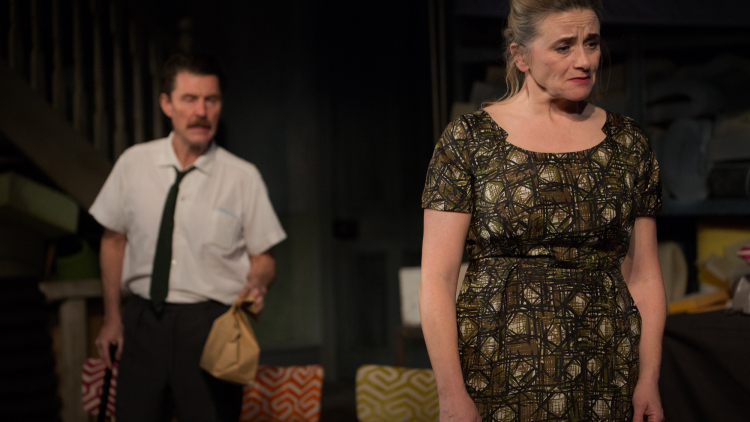 'Playwright Ryan Craig must have been listening to the regular moan that “there are no good parts for older women”. In fearsome matriarch Yetta Solomon he has created an epic role, part Mother Courage, part Medea, with a dash of Richard III. Sara Kestelman has responded with a definitive performance; it’s already hard to imagine anybody else doing it so well.'

'With the exception of Yetta, it’s a masculine world, and over the conventional three-act structure, which takes us from the late 1960s to the early 1980s, we see the power transfer from Yetta’s warring sons, Nat and Leo (Dorian Lough), to their own sons, respectively Gerard and Mickey (a fine performance from Callum Woodhouse).'

'A devastating transformation at Solomon Rubber (the set design by Ashley Martin-Davis is exceptional) upends the narrative, and over the course of the play charming Leo and nasty Nat become more nuanced characters, the former vastly less appealing and the latter more sympathetic. Both have been caught fast in Yetta’s implacable web of rubber. The play repeatedly probes the points at which a family unit stops being protective and starts being unbearably restrictive. Kestelman, moving from a bold, wide-legged stance to a bowed scuttle, seems visibly to shrink and age over the course of the evening. She captures every facet of the character: ruthless and Machiavellian but also humorous, resilient and brave, her last, defiant words: “I’ll show you how to live!”'