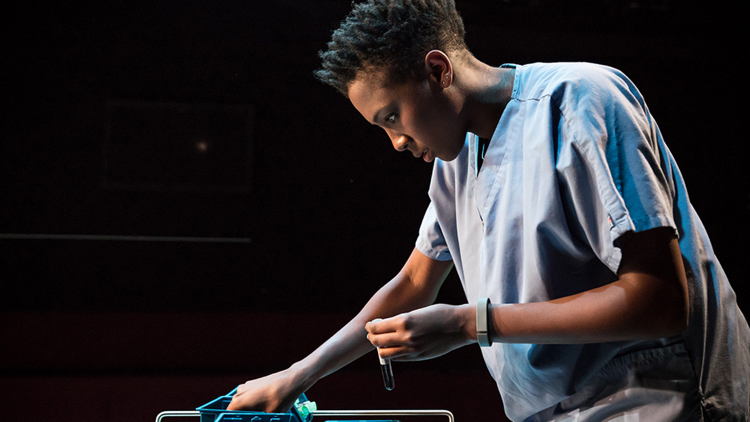 'It’s said a good piece of theatre begins as late and ends as early as possible in the framework of a story. Playing in Hampstead Theatre’s Downstairs space, Ella Road’s debut play The Phlebotomist does this and more, throwing us into the middle of a near-future dystopian Britain via the beginning (and perhaps the end) of one couple’s relationship.'

'The Phlebotomist is a special, clever play that is really about the relationships that thrive and fail within it.'