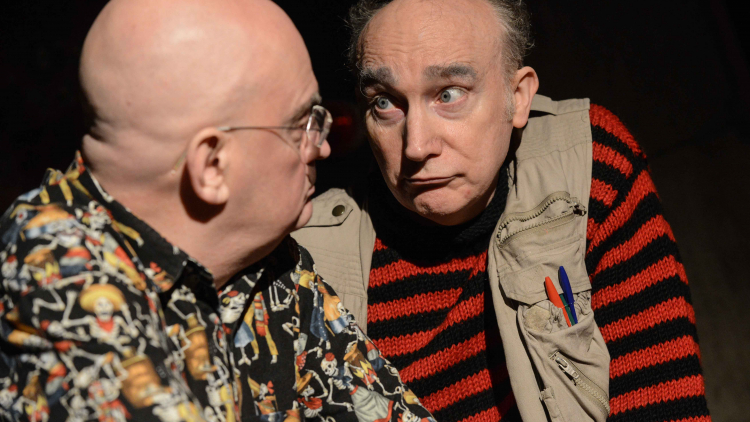 'This suitably quirky but captivating two-hander in which another theatrical writer-director, Terry Johnson (Hysteria, Dead Funny), takes us through his own early misadventures with this extravagantly eyebrowed, esoteric energiser.'

'Johnson is a reticent stage presence. In fact, he tells us, he hasn’t acted since playing one of Zaphod Beeblebrox’s two heads in Campbell’s disastrous stage production of The Hitchhiker’s Guide to the Galaxy in 1980. Yet everything about Campbell called for a shedding of the conventional. The pair first met when Campbell rang Johnson’s flat in the late 1970s asking for his flatmate. The flatmate was out, so instead Johnson was dragooned into replacing Jim Broadbent in the cast of Campbell’s 22-hour production The Warp. Johnson tells us about having his suburban mind blown as he is inducted into this boho-freaknik ensemble, where cast members debate whether or not to do sex scenes for real, where Campbell emerges as an adorably abrasive hater of the humdrum.'

'And Johnson moves astutely from the comical to the tender as he talks about Campbell’s unexpected death in 2008 and shows how he opened doors in people’s heads.'