Cast announced for West End transfer of The Moderate Soprano 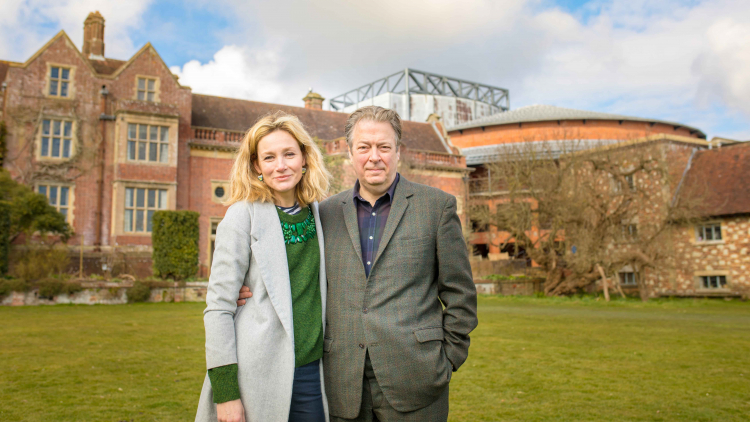 David Hare’s critically acclaimed play The Moderate Soprano will make its West End premiere next spring at the Duke of York’s Theatre, following a sold out run at Hampstead Theatre in 2015, with performances from 5 April to 30 June 2018.

Jeremy Herrin will return to direct the play with brand new set and costume designs by the multi award-winning theatre and opera designer, Bob Crowley.

The two great passions in John Christie’s life were opera and a beautiful young soprano, Audrey Mildmay, with whom he was completely smitten. Together with his formidable drive, they fuelled what many first saw as a monumental folly in the South Downs. Glyndebourne was triumphantly born amidst stiff manhattans, rolling lawns and the sound of sheep from across the HaHa. It was to become revered the world over.

David Hare’s new play, first seen at Hampstead Theatre, is the story of an intense love affair and the unrelenting search for artistic excellence in the face of searing scrutiny, sacrifice and the impending Second World War.

David Hare said: “Few people know the extraordinary story of how an eccentric English schoolmaster bumped accidentally into three refugees from Hitler’s Germany, and formed one of the world’s great opera houses in the 1930s in the middle of the English countryside. But even fewer know that Glyndebourne’s true founder was John Christie’s adored wife, Audrey Mildmay, whom he called ‘the moderate soprano.'”

Gus Christie said: "I am delighted that David Hare's play about the origins of Glyndebourne, which sheds light on my grandparents’ extraordinary vision and the creative tensions that existed in pulling it off, is coming to the West End in the Spring".

David Hare – Writer
David Hare is a playwright and film-maker. He has written over thirty stage plays which include Plenty, Pravda (with Howard Brenton), The Secret Rapture, Racing Demon, Skylight, Amy’s View, The Blue Room, Via Dolorosa, Stuff Happens, South Downs, The Absence of War, The Judas Kiss and The Red Barn. For film and television, he has written over twenty-five screenplays which include Collateral, Licking Hitler, Wetherby, Damage, The Hours, The Reader, Denial, and the Worricker Trilogy: Page Eight, Turks & Caicos and Salting the Battlefield. His play I’m Not Running opens at the National Theatre next October, and his screenplay about Rudolf Nureyev’s defection to the West, The White Crow, has just finished filming. In a millennial poll of the greatest plays of the 20th century, five of the top 100 were his.

He received The Royal Designer for Industry Award and the Robert L.B. Tobin Award for Lifetime Achievement in Theatrical Design.

Jeremy Herrin - Director
Jeremy Herrin is Artistic Director of Headlong, for which he has directed Labour of Love (Noël Coward Theatre), People, Places & Things (National Theatre/West End/UK Tour/New York), The House They Grew Up In (Chichester Festival Theatre), Common (National Theatre), Junkyard (Bristol Old Vic/Theatr Clwyd/Rose Theatre Kingston), Observe the Sons of Ulster Marching Towards the Somme (UK Tour), The Absence of War (UK Tour) and The Nether (at the Royal Court and in the West End).

For the National Theatre his directing credits include This House (Olivier nomination for Best Director), which transferred to Chichester Festival Theatre and the West End in a co-production with Headlong, The Plough and The Stars (co-directed with Howard Davies), and Statement of Regret.

For the RSC, he directed the world premiere of Wolf Hall (Evening Standard Award for Best Director; Olivier and Tony award nominations) and Bring Up the Bodies, which transferred to the West End in May 2014 and to Broadway in 2015.
For the Royal Court, where he was Deputy Artistic Director from 2009 to 2012, his productions include No Quarter, Hero, Haunted Child, The Heretic, Kin, Spur of the Moment, Off the Endz, The Priory (Olivier Award for Best Comedy), Tusk Tusk (Evening Standard Best Director nomination), The Vertical Hour and That Face (also West End). At Chichester he directed South Downs (also West End) and Uncle Vanya.

Other theatre includes Noises Off at the American Airlines Theatre, Broadway (Tony nomination for Best Revival); The Moderate Soprano at Hampstead; Children’s Children at the Almeida; Absent Friends and Death and the Maiden at the Harold Pinter; Much Ado About Nothing and The Tempest at Shakespeare’s Globe; Marble at the Abbey, Dublin; The Family Reunion at the Donmar Warehouse; Blackbird at the Market Theatre, Johannesburg; and Gathered Dust and Dead Skin, The Lovers, Dirty Nets, Our Kind of Fun, Sudden Collapses in Public Places, Toast, Smack Family Robinson, Attachments, From the Underworld, The Last Post, Personal Belongings, NE1 and Knives in Hens at Live Theatre Newcastle.

Roger Allam – John Christie
Roger was born in London and educated at Manchester University. He is an associate artist of the RSC.

Television work includes Endeavour, The Missing, The Jury, Parades End, The Thick of It, Sarah and Duck and Game of Thrones.

Radio work includes Cabin Pressure and How Does That Make You Feel?

Film work includes: Vera Drake, All or Nothing, Coriolanus, Mr. Turner, The Ploughman’s Lunch, Humphrey in The Children’s Act and the Doctor in Marrowbone.

Film includes The Children Act opposite Emma Thomson and Stanley Tucci, The Man Who Knew Infinity and Anna Karenina.

Television work includes Medici, Endeavour, The Collection, The Living and the Dead and Wolf Hall.

Radio work includes Arcadia, Marnie, Five Wedding Dresses – The Rescue, The Gate of Angels, Needle, Secrets, The Mother of…, The Family Man, The Birds, What is She Doing Here?, The Day the Planes Came, Westway, The Chronicles of Narnia, Under Drakes, Captain Bailey’s Heir, The Basket of Flowers and The Trials of Saint Patrick.