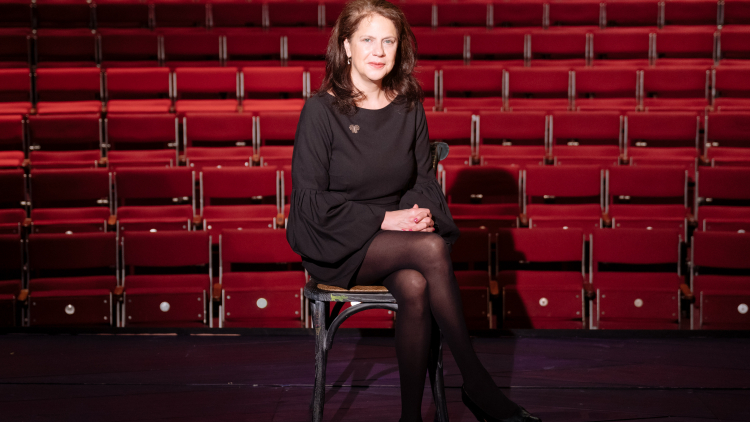 Hampstead Theatre is delighted to announce the appointment of Roxana Silbert as its new Artistic Director and Joint Chief Executive. Roxana will join the theatre in spring 2019, and her first season is to commence in September 2019 - kick-starting Hampstead’s 60th Birthday celebrations.

Roxana will lead the theatre alongside Greg Ripley-Duggan, Hampstead’s Executive Producer and Joint Chief Executive since 2010.

Roxana Silbert has been the Artistic Director of Birmingham Repertory Theatre since 2012.  During her tenure she attracted world class theatre makers to the city and put artistic quality, diversity and access firmly at the heart of one of the UK’s leading producing theatres. Roxana also initiated the theatre’s artist development and adult engagement programmes, which has significantly enhanced the diversity of the theatre’s artistic pool.  She was previously Associate Director of the RSC and Artistic Director of the award-winning Paines Plough Theatre Company. Other positions have also included Literary Director for Traverse Theatre in Edinburgh and Associate Director at The Royal Court. Roxana’s recent directing credits include Woyzeck (a new version by Leo Butler and Birmingham Repertory Theatre co-production with International Dance Festival Birmingham), Amèdee (by Ionesco, adapted by Sean Foley at Birmingham Repertory Theatre), What Shadows (revived for Edinburgh Lyceum Theatre and Park Theatre London) and The King’s Speech (a Birmingham Repertory Theatre and Chichester Festival Theatre production and UK tour).  Roxana will direct the UK première of Edmond De Bergerac in March 2019 and the European première of A Thousand Splendid Suns in June 2019.

Roxana Silbert said: ‘Hampstead Theatre is where I fell in love with new plays. When I first arrived in London from a city with no producing theatre and a school with no drama department, I had very little experience of theatre. I saw every production there for the first five years of my London life, usually more than once. My first job was as a Hampstead script reader. My career as director of new plays is almost entirely due to Hampstead Theatre. It is very dear to my heart - so to be its new Artistic Director is just wonderful. We need new theatre now more than ever to inspire audiences wrestling and celebrating a world that is moving at breakneck speed. I’m honoured and excited to build on Edward Hall and Greg Ripley Duggan's phenomenal success and to join the Hampstead team as we look forward to the future of this unique company.’

David Tyler, Chairman of Hampstead Theatre, said, ‘I am delighted that the exceptionally talented Roxana Silbert has agreed to join us as Artistic Director. Her creativity, ambition and incredible gift for storytelling make her the right person to build on the achievements of the past few years and take Hampstead into an exciting new era. I am sure that Roxana’s partnership with Greg Ripley-Duggan will be as successful as that between Greg and Edward Hall over the last nine years.’

Photo of Roxana Silbert at Hampstead Theatre by Manuel Harlan.