THE WOOD DEMON AND UNCLE ...

THE WOOD DEMON AND UNCLE VANYA 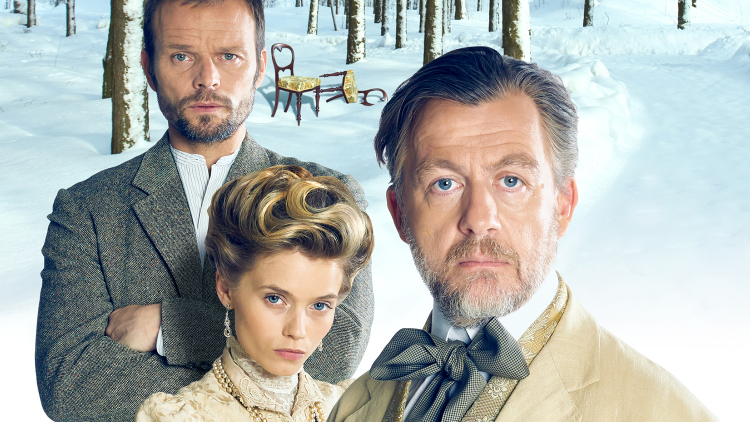 THE WOOD DEMON AND UNCLE VANYA

Until 1899, every time a play by Chekhov – Ivanov, The Wood Demon or The Seagull – opened in Moscow or St Petersburg, the reception by actors, audience and critics was so traumatic for the author that he immediately took a train to the other city. Uncle Vanya was the first major Chekhov drama which was received to the author’s satisfaction. Of all Chekhov’s plays, it is the most economical (just nine speaking parts, and a running time rarely much over 90 minutes); never before had he blended humour (albeit black) with tragedy (in the sense of Russian toska, longing for something you can never have); never had he so subtly integrated his own ideas about the destruction of youth by age, of nature by humanity, into the views of his characters. Above all, Uncle Vanya’s 1899 performance in Moscow Arts Theatre established Chekhov as Russia’s – even Europe’s – leading dramatist, overthrowing the opinion (still current among the more snobbish denizens of St Petersburg) that Chekhov was a magnificent story writer whose plays dupe a gullible public into thinking him a good dramatist.

Uncle Vanya has a history almost unique in the annals of the theatre: it is a triumph refashioned from a disaster. Two thirds of its text and all but one of its characters survive from The Wood Demon, a play he wrote in the summer of 1889 and which he never published (a hundred or so lithograph copies of the manuscript circulated in the provinces; it was printed in 1911, seven years after Chekhov’s death). The greatest Russian directors have tried to stage The Wood Demon: the success has been even less than that of Chekhov’s juvenile play Platonov (Michael Frayn’s Wild Honey). Everything was against it: Chekhov wrote it in the country, in the summer of 1889, while his brother was dying an agonizing death of the TB that would eventually kill him too. The idea, some of the text, and, worst of all, the characters were derived from Chekhov’s publisher, the tycoon Aleksei Suvorin, to whom he was bound by gratitude and, for a decade, profound mutual affection. Like many great publishers, Suvorin was himself a deplorable writer: The Wood Demon is crowded with characters, either very good, or very bad; the marital estrangement which is also central to Uncle Vanya is here put right in a final act of bucolic happiness unlike anything else Chekhov ever wrote. Suvorin soon lost interest, and Chekhov, unwisely urged by friends, finished the play on his own. Three Moscow theatres rejected it; the fourth staged it four times to a half-empty auditorium. Even Chekhov’s admirers were scathing: ‘your attitude to the stage is too contemptible’, ‘the audience cannot possibly grasp the plot’, ‘a novel which for no earthly reason has been poured into dramatic form… long and limp’.

‘Long and limp’ is fair criticism. After The Wood Demon’s debacle Chekhov fled in embarrassment not just to St Petersburg, but as far as he could, to survey the penal colony on the island of Sakhalin. He himself realised that the play had to be shortened and stiffened. Usually, Chekhov abandoned his failures, but something persuaded him not to eradicate The Wood Demon but to transmute it. In The Wood Demon we already have the entire cast of the future Uncle Vanya, except for Marina, the all-knowing nurse and guardian of the family’s dark secrets. But The Wood Demon’s cast is much bigger, for each character has a double: the Wood Demon himself (the future forest-loving doctor of Uncle Vanya) is coupled with a landowner Zheltukhin, the professor with an Orlovsky, Voinitsky (here Uncle Georges, instead of Vanya) with Orlovsky’s son, a murderous Don Juan, while Sonia is coupled with a landowner’s daughter Julia. The genius of the transformation into The Wood Demon lies in Chekhov’s decision to merge each double into one complex character, so that the idealistic Wood Demon becomes a doctor who may love his birch trees, but who drinks his patient’s vodka, tries to seduce his patient’s wife, and challenges the unhappy uncle, his other patient, to kill himself.

To read the full article, you can buy the Uncle Vanya programme for £3.50 in Hampstead’s foyer.