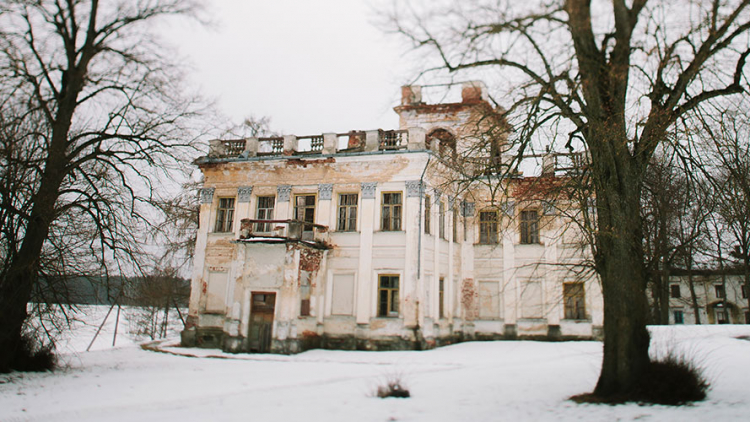 SCENES FROM THE COUNTRY

‘Don’t be miserable, you wonderful woman; be a mermaid. There’s the ocean; throw yourself in. Fall in love with some poor mortal and drag him down with you. Astonish us!’

On an estate deep in provincial Russia time seems frozen: managing its affairs on behalf of her father, Sonia and her uncle Vanya have consigned themselves to a life of loveless drudgery, enlivened solely by the odd pamphlet from Moscow and the occasional visits of their neighbour, the doctor.

But when Sonia’s father and his stunning second wife Yeliena burst onto the scene, everything is thrown into confusion. As beauty stirs repressed desires and youth teases maturity, years of perilously supressed regrets, longings and unrequited loves threaten to explode into farcical life…

Terry Johnson’s new version of Anton Chekhov’s classic tragicomedy is charged with the Russian master’s wit and his acute observation of the comic absurdity of human life.

Olivier and Tony Award-winner Terry Johnson returns to Hampstead following his critically acclaimed hit Prism starring Robert Lindsay and Hysteria starring Antony Sher as well as Race; Old Money; Seminar and The Memory of Water. Playwright includes Dead Funny, Prism and Ken (all Hampstead Theatre); Insignificance; Cries from the Mammal House; Hysteria; Piano/Forte and Hitchcock Blonde (all Royal Court); The Graduate and Mrs Henderson Presents (both West End); Cleo, Camping, Emmanuelle and Dick and The London Cuckolds (both National Theatre). Other credits as Director include Oh What a Lovely War and Fings Ain’t What They Used T’Be (both Theatre Royal Stratford East; marking the 50th Anniversary of Joan Littlewood’s Theatre Workshop); Lost Land and The Libertine (both Steppenwolf Theatre, Chicago); Dumb Show (Royal Court).  West End and Broadway directing credits include The Duck House; End of the Rainbow; The Prisoner of Second Avenue; The Rise and Fall of Little Voice; La Cage aux Folles; Rain Man; Whipping It Up; One Flew Over the Cuckoo’s Nest; Entertaining Mr Sloane and Elton John’s Glasses. His work for television includes Not Only But Always (Channel 4, which won five International Award nominations, Best Film at Banff and the Best Actor Bafta for Rhys Ifans); The Man Who Lost His Head (ITV); Cor, Blimey!  (ITV) and The Bite for the BBC and ABC Australia.  Nicholas Roeg’s film of Insignificance was the official British Entry at Cannes in 1985. His plays have won him the Olivier Award for Best Comedy in both 1994 and 1999, Playwright of the Year Award 1995, Critics’ Circle Best New Play Award 1995, The League of American Theatres and Producers Best Touring Play Awards 2001, plus two Evening Standard Theatre Awards, two Writers Guild Best Play Awards, Time Out Best Play Award, the Mayer-Whitworth Award and the John Whiting Award. As a director he has been the recipient of a dozen major theatre awards including the Tony Award for Best Director of a Musical 2010, Olivier Award for Best Musical Revival and Critics’ Circle Best Musical Award 2009 all for La Cage aux Folles.

Casting to be announced in due course.