WILDERNESS: ★★★★ FROM THE ARTS DESK 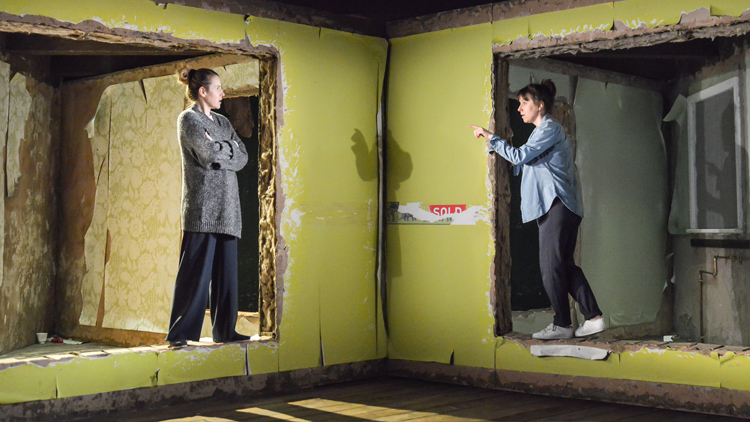 '“We don’t love you any less.” A natural sentiment to express to your child when you’re separating from your partner, but the very fact of saying it plants doubts in the child’s mind as to whether you really mean it. As the audience of Wilderness at the Hampstead Theatre Downstairs, a new play written by Kellie Smith and directed by Hampstead regular Anna Ledwich, we feel Alistair’s doubts and fears keenly – mostly because we are him.'

'The story treads familiar territory as parents Joe (Finlay Robertson) and Anne (Natalie Klamar) try to stay amicable for Alistair’s sake, and inevitably collapse into resentment and pettiness. It doesn’t help that Joe has a new partner, Steph (Allison McKenzie), and a new life, with little room for his son. He and Anne are children of divorce themselves, and their struggle to be better than their parents is heartbreaking to watch, even if you have no personal experience of separation.'

'...McKenzie is excellent. She and Klamar are the more emotive sides of the central triangle, which is refreshing – seldom are women on stage allowed to be this desperate, this feral. There’s humour here as well... snappy lines are delivered well. This is Smith’s first London premiere for adults (she's already written a couple of short films and pieces for young people), and it establishes her as one to watch.'

'Wilderness has other thoughtful points to make about gender. Anne reveals at one point that her mother essentially abandoned her and her father after the divorce, highlighting how all too often, it’s assumed that a child’s mother will be its best caregiver; the rare side of patriarchy that only benefits women. We still have a natural urge to sympathise with Anne over Joe, especially since Joe seems to have moved on while Anne is left (largely) on her own with Alistair. But the ping-pong nature of the narrative makes it difficult to tell what’s actually happening when Alistair’s at his dad’s house, or his mum’s, for that matter. Alistair himself is, of course, voiceless. This is the truth of custody battles, that they’re so hard to call fairly because the proof is often each side’s word against the other’s. That this comes across so clearly in Wilderness is a credit to Smith’s even-handed picture of events: like Alistair, we’re torn. Lucy Sierra’s set reflects this sense of uncomfortable impermanence – largely furnitureless, it’s four corners of an empty house, squares knocked through the dividing walls for entrances and exits. The shell of a home, the wallpaper of Alistair’s bedroom peeling away.'

'Richard Frame has a lovely turn later, as a policeman who discovers Joe alone in his car at a low ebb. It’s the best of his three parts: he’s firm and compassionate, allowing glimpses of his genuine fear for a stranger’s life without belabouring the point. Maybe there is a way out after all – but only if Joe and Anne are willing to let Alistair step onto the stage.'