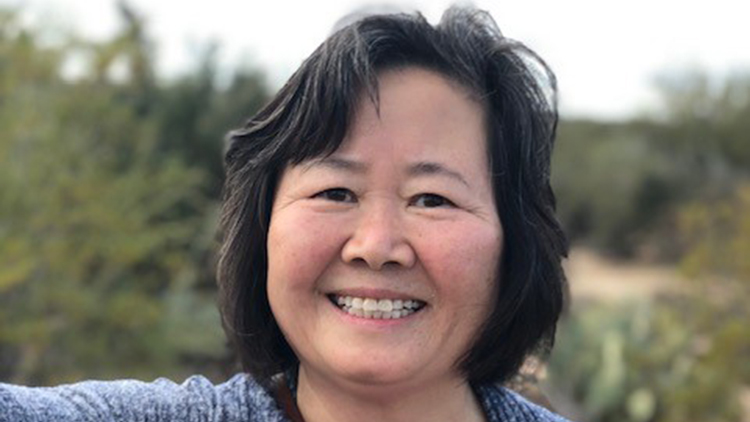 'Speaking out cost me my job, my marriage and my happiness at the time, but it also helped save the lives of thousands and thousands of people'

Dr Shuping Wang is the real life whistleblower who inspired Frances Ya-Chu Cowhig’s blazing new thriller The King of Hell's Palace. In 1993 Dr Wang was a doctor living and working in Henan Province, at a time when donating blood in rural communities was big business. By extracting the valuable plasma, used in cosmetics and pharmaceuticals, the economy was booming and everyone was benefiting from this new and unusual trade - until Dr Wang began to suspect something was seriously amiss...

After her initial concerns were met with widespread hostility from government officials, she continued to investigate and ultimately exposed a public health crisis of truly epic proportions which still resonates around the world today.

In this extraordinary Q&A, Dr Shuping Wang talks to Hampstead about her motivations for speaking out, the treatment she suffered for doing so and her emotions ahead of seeing the play for the first time when she visits London in September.

The King of Hell’s Palace receives its World Premiere at Hampstead this September – what was your initial reaction when you heard that Frances wanted to write a play inspired by your incredible true story?

I was so impressed that this young woman, at such an early stage in her career, took an interest in my story and this very large societal problem in Henan, China. It would be so much easier to write about love stories or funny comedies.

The events uncovered in the play took place in the early 1990s. Why do you think this story is still so important and relevant to today?

Telling this history is very important to me. It is about speaking up on behalf of people, in this case very poor and vulnerable people from the countryside. Those who had the power to fix the problem thought it best to cover it up, to save face and to keep their good standing in their jobs. Speaking out cost me my job, my marriage and my happiness at the time, but it also helped save the lives of thousands and thousands of people. That may sound exaggerated but it is true. This play describes a real public health issue that occurred. Public health problems can happen at any place in the world and it is important that they are responded to in an open manner, even when it is not convenient.

What was your life like before you became aware of the situation and how is it different having exposed this cover-up?

My life as a medical doctor in China was very good and my work was important to me. I was married and had a young daughter. After the problem was exposed I was beaten by hired thugs, my clinic was destroyed and I lost my job. My marriage ended in divorce. Over time I was able to make my way to America where I basically had to start over with a new life, a new culture, a new language and a new profession, even a new husband. Still, I never stop thinking about those I left behind in China. My mother died after I left the country and I was never able to see her after I left. My daughter lives in the States now and we are both US citizens. I have never been back to China - maybe someday it will be safe for me to return to visit.

Whistle-blowing involves huge personal sacrifice: what motivated you to take such a step?

Actually, I didn't think of it in that way at the time. I expected that quick action would be taken to address the problem with a sense of urgency. Being a medical doctor, my primary interest is to my patients and to the public, not to myself. I was given opportunities to alter my reports, and it became more and more clear that there would be consequences for not doing so. I ran into huge troubles, which involved the power and money against the lives of the poor and the powerless. I made the decision to stand up for innocent people who were infected by the severe HCV and HIV viruses. I didn’t concern myself with my own fate. This is the first rule as a doctor.

What were the attitudes of senior healthcare officials when you first exposed the truth of what was going on? Did you ever consider backing down?

Originally a senior officer, Wei Liwen, told me that I did a great job of saving people’s lives and that the people will appreciate what I did. But he was a new director at the time and just a few days later, he changed his attitude. He was in an agitated state of panic about losing his position and began to question me unreasonably.

Another senior officer, Liu Quanxi, was the head of the provincial Department of Health. He told me that "no one had reported this issue including other provinces. Please don't report this again in the future.” I was so confused by his words, coming from a high-level leader.

Later, I was advised by a political expert who told me that “You are in trouble. Be wise, keep quiet. Only think about your career and your family". However I knew that the lives of others come first. I wanted to prevent disease, I didn't care about power and position.

Do you think the fact you were a woman meant you were taken less seriously?

I don’t think so.

You’re now living and working in the US.  Do your colleagues there know this story, and do you think it affects how they view you?

I don’t make it a point to tell others. Sometimes they learn about it after they run across something on the internet. I didn't tell them this story because I don't want to make people around me uncomfortable or cause them to worry about me.

Does the current blood and plasma donation economy, both in China and globally, continue to worry you? If so, why?

Yes! According to a report I read, the second biggest medical blood products company recalled over 12,000 bottles of blood plasma earlier this year amid suspicion of HIV contamination. I also learned that many plasma stations in America are so focused on profit that they are open every day of the week.

What do you most hope people will learn from watching Frances’ play?

a. When people face a high pressure decision between losing money or helping weak people, what should they choose?

b. A public health crisis can happen any place in the world at any time, and most commonly affects the poorest populations. In the US there is a problem in some cities with contamination of drinking water and local officials resist dealing with it in an adequate manner. How can people prevent this from happening?

We’re looking forward to welcoming you to London in September for The King of Hell’s Palace. How do you think you’ll feel watching your story come to life on stage?

I am so glad that Hampstead Theatre decided to produce the World Premiere of this play. I feel the play touches my heart and warms my spirit and soul. It is very meaningful for me to share my experiences and this important public health story with people in Britain and America.

BOOK TICKETS FOR THE KING OF HELL'S PALACE