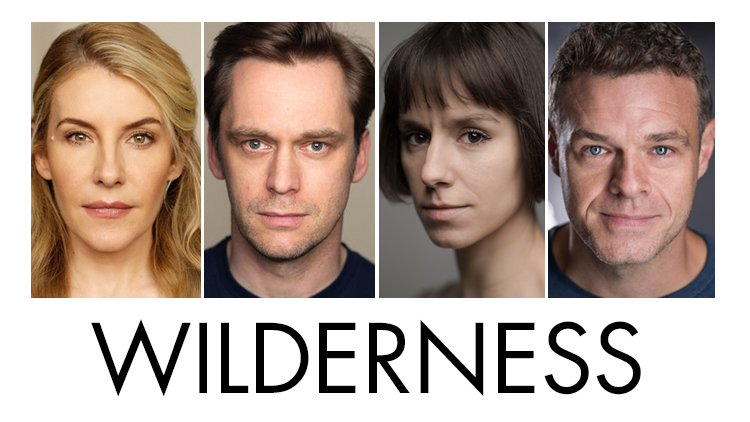 Hampstead Theatre presents the world premiere of Kellie Smith’s breakthrough play Wilderness. This searing exploration of unconditional love and of the personal sacrifices it demands will be directed by Anna Ledwich, which will be her eleventh Hampstead Theatre Production. The cast includes Richard Frame, Natalie Klamar, Alison McKenzie and Finlay Robertson.

Having both been deeply scarred by their own parents’ separations, Joe and Anne never imagined they’d find themselves, years later, in the same position. Determined to place the interests of their son Alistair at the centre of their lives apart, they split with the firm objective of maintaining amicable relations at all costs. But a sudden change in circumstance triggers a chain of events that pushes their best intentions to the limit… Before they know it, they are both teetering dangerously close to the edge of an abyss.

Kellie Smith writes for theatre, film and radio and is currently developing ideas for TV. Her short films To Know Him and The Big Day have both been BIFA nominated and To Know Him was also nominated for a Royal Television Award. She has been shortlisted for the Bruntwood Prize and Channel Four playwright in residence at the Royal Exchange Theatre. Previously produced work for theatre includes Black Gold (Royal Exchange Studio); The Sum of Parts (Liverpool Everyman) and Blackout (The Dukes Theatre, Lancaster). Her play The Monstrum was part of NT Connections and she has written other plays for young people including The Lost Things, which won Theatre Centre’s ‘Skylines Showcase’. Kellie has written three afternoon plays for BBC Radio Four, the most recent being The Archivist.

Anna Ledwich began her directing career at Theatre503. She was awarded the Michael and Morvern Heller Director’s Bursary at Chichester Festival Theatre and was co-Artistic Director of Theatre on the Fly for Chichester’s 50th Anniversary Celebrations. Anna received the Gate Theatre/Headlong New Directions Award for her adaptation of Frank Wedekind’s Lulu and was nominated for the 2015 Olivier Award for Outstanding Achievement in an Affiliate Theatre for Four Minutes Twelve Seconds at Hampstead Downstairs and the 2018 Olivier Award for Best Comedy for Dry Powder at Hampstead Theatre. Recent work includes Cookies (Theatre Royal Haymarket); Dry Powder and Labyrinth (Hampstead Theatre); Acceptance; No One Will Tell Me How to Start a Revolution; The Argument; Deluge; Donny’s Brain and The Empty Quarter (all Hampstead Downstairs); Kiss Me and Four Minutes Twelve Seconds (both Hampstead Downstairs/West End); The Stick House (Raucous Collective/Bristol Old Vic); Blue Remembered Hills and A Christmas Carol (both Chichester Festival Theatre); Dream Story (Gate) and How Does A Snake Shed Its Skin (Summerhall/National Theatre Studio). Anna’s adaptation of Beauty and the Beast premiered at Chichester Festival Theatre in 2017.