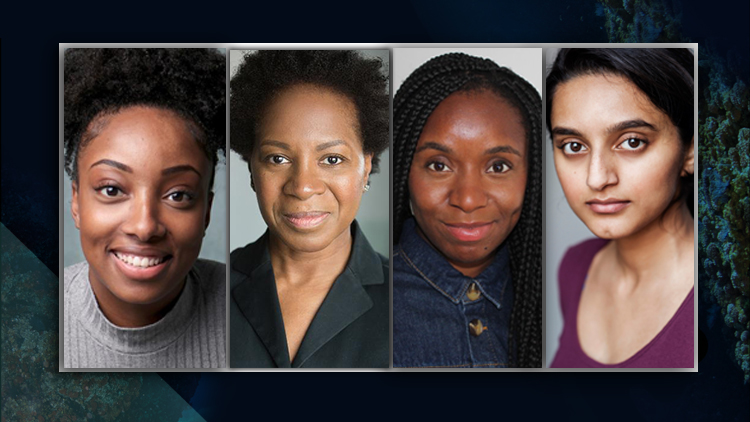 Hampstead Theatre presents the world premiere of Chinonyerem Odimba’s poignant and life affirming Unknown Rivers. This new play, directed by Daniel Bailey, is a testament to the extraordinary powers of female friendship - where there's turmoil, trauma and hardship, there’s also love, bravery and hope, making it possible to go with the flow… and live.  The cast will include Renee Bailey as Lea, Doreene Blackstock as Dee, Nneka Okoye as Nene and Asiya Shah as Lune.

Since her ordeal five years ago, nineteen-year-old Nene rarely leaves home. Secure within her mum’s embrace, Nene now keeps the outside world securely on the other side of her bedroom window.

But weekly visits from her best friend Lea start to fill the void and on one unexpected day, when she is finally beyond the walls of her sanctuary with her vibrant, funny, and spirited girlfriends, a long-forgotten spark is powerfully reignited in Nene, one which will change her direction forever…

Chinonyerem Odimba is a playwright, director and poet. Her theatre work includes Joanne and Amongst the Reeds (Clean Break at The Yard); a modern retelling of Twist (Theatre Centre); Medea (Bristol Old Vic) and We Too, Are Giants (Kiln Theatre). More recently, a new play Princess & the Hustler toured across the UK for Eclipse Theatre/Bristol Old Vic/Hull Truck. Chinonyerem is the Writer-in-Residence at Live Theatre/Northumbria University for 2018/2019. Her work has been shortlisted for several awards including the Adrienne Benham Award, Alfred Fagon Award, and the Bruntwood Playwriting Award. She is the joint winner for the 2018 Sonia Friedman Award for a new play How to Walk on the Moon written for C4/Talawa Theatre. She also writes for radio, and a new 30-minute Television drama for 4Stories/Channel 4 is currently in production.

Daniel Bailey was appointed Associate Director of The Bush Theatre this year.He was Associate Director at the Birmingham Repertory Theatre, which he joined as part of the Regional Theatre Young Director Scheme.  His work has included artist development programmes for writers, theatre-makers and directors. His directing work at Birmingham Rep included Blue/Orange; Concubine; Stuff; I Knew You; Abuelo; Jump! We’ll Catch You; Made in India/Britain and Exhale. Other work as theatre Director includes My Darling Wife (Talawa); Pre-Judgment Day and Covered (both New Heritage Theatre). His work as film director includes On Belonging; Malachi; Floating on Clouds and Y.O.L.O. He has also previously been Resident Director at the National Theatre Studio, Associate Artist at the Theatre Royal Stratford East and Resident Assistant Director at The Finborough.