FULL STATEMENT FROM DR SHUPING WANG: PRC STATE SECURITY IS PRESSURING ME TO STOP PRODUCTION OF THE KING OF HELL'S PALACE 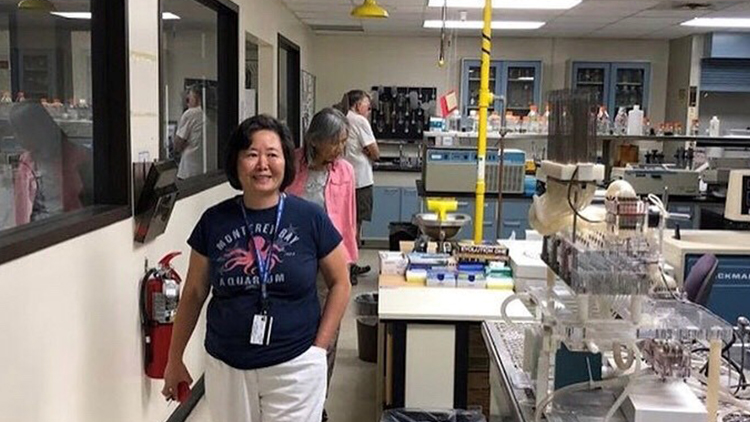 ‘The only thing harder than standing up to the Communists and their security police is not giving in to pressure from friends and relatives who are threatened with their livelihoods, all because you are speaking out.’

Dr Shuping Wang, the real-life whistleblower who inspired The King of Hell’s Palace, has accused Chinese security officials of targeting her family and friends in a campaign to force Hampstead Theatre to abandon the play.

In this full statement, below, Dr Shuping Wang describes the intimidation tactics being used, the emotional toll it has taken on her loved ones, and her hopes for the play ahead of seeing it for the first time this week.

On 22 August 2019, I received a phone call from a relative in America who told me that the People’s Republic of China (PRC) Ministry of State Security have sent officers from Beijing to Zhoukou, my hometown, to investigate my colleagues and relatives. The stated purpose was that they want to stop Hampstead Theatre’s production of The King of Hell’s Palace, which dramatizes how the HIV epidemic spread in the Zhoukou region of Henan province twenty-four years ago. Officials also requested my daughter’s WeChat contact information because they wanted her to ask me to stop the play. Their reason is that this play will embarrass and damage the Chinese government and the reputations of specific officials.

In China, pressurizing and punishing relatives and co-workers of people who say things that the Chinese government doesn't like is common. The Government step up pressure bit-by-bit. If you don't give in after a few warnings, they start threatening your family, friends and colleagues.

This recent investigation from the PRC Ministry of State Security is panicking my family and relatives. I am particularly concerned for my daughter, who is very scared about being approached. Two former colleagues in Beijing are too afraid to answer my phone calls and emails after high-level officers visited them. My other colleague in Zhoukou has deleted my WeChat contact following the officials visit last week. It is very intimidating and threatening to be visited by State Security. During the past ten years, officers from the PRC Ministry of Health, Ministry of Public Security and Ministry of State Security have been to my hometown to interrogate my relatives and colleagues several times, trying to silence me.

I am in America now, and am a US citizen. I tell myself that I protected vulnerable and helpless people and that I have to be strong against evil powers. I hope the play helps expose and stop the kinds of corruption and bullying Chinese doctors, health officials and AIDS activists like Dr. Gao Yaojie, Wan Yanhai and myself endured during our efforts to draw attention to the Henan AIDS epidemic of the 1990s.

I first reported the HCV epidemic among blood donors to the Ministry of Health of PRC in 1992. Three years later, I discovered and reported a serious HIV epidemic among the plasma donors to the Health Bureau of Zhoukou Region and the Ministry of Health of PRC. After I reported it to the Zhoukou Health Bureau in Henan province, no action was taken to stop the HIV epidemic. Only after I reported my results to the central government in Beijing was any action taken. They requested that I falsify my information about the HIV epidemic situation among the plasma donors, but I refused. In order to cover up the HIV epidemic situation, they broke up our clinical testing centre, hit me with a heavy stick and insulted me, calling me a virus. They pressured me to close the clinical testing centre but I wouldn't give in, and then Zhoukou Health Bureau sent people to cut off the electricity and water supply to my lab, forcing it to discard thousands of blood samples from blood donors. Eventually, they collaborated with the Henan Provincial Health Bureau to close the Clinical Testing Centre.

With bullying and censorship, the government has covered up the HCV and HIV epidemics in China very successfully. Why,­ in 2019, do they worry so much about a play being produced in London, twenty-four years after the events it depicts?

The only thing harder than standing up to the Communists and their security police is not giving in to pressure from friends and relatives who are threatened with their livelihoods all because you are speaking out. But even after all this time, I will still not be silenced, even though I am deeply sad that this intimidation is happening yet again. The King of Hell’s Palace will go ahead and I am really looking forward to seeing the production.

The King of Hell’s Palace, written by Frances Ya-Chu Cowhig, is a thriller inspired by the true story of Wang’s 'extraordinary mission to expose a cover-up of epic proportions'. Set in Henan province in 1992 and directed by Michael Boyd, former artistic director of the Royal Shakespeare Company, it centres on the danger a young ministry of health official finds herself in when she is recruited into a new medical trade in human blood and uncovers a terrible secret.

Boyd condemned the pressure that Wang’s relatives were under but said: 'We will do what Shuping wants, and she really wants this play to go on.'

The King of Hell’s Palace runs until 12 October.