THE KING OF HELL'S PALACE...

THE KING OF HELL'S PALACE: ★★★★ FROM THE TELEGRAPH 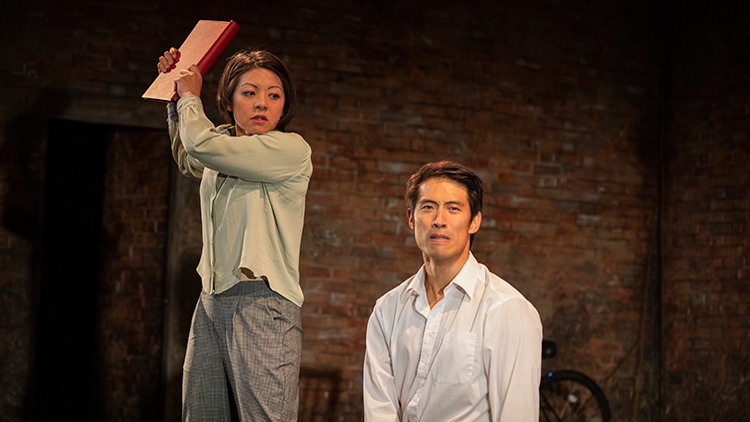 THE KING OF HELL'S PALACE, HAMPSTEAD THEATRE, REVIEW: 'A MEDICAL SCANDAL DRAMA THAT WE CAN'T AFFORD TO IGNORE'

'Roxana Silbert inaugurates her reign as the artistic director of Hampstead Theatre with a hot potato. According to recent newspaper reports, the Chinese authorities don’t want The King of Hell’s Palace to go ahead. The reason? American-born Frances Ya-Chu Cowhig has dramatised the story of a doctor who tried to expose an emerging Chinese health crisis in the Nineties caused by failures in screening supplies of donated blood. Profits and reputations came before safety, a cover-up and an epidemic in hepatitis and HIV infections ensued, resulting in debilitating sickness and death for thousands of people.

The real-life heroine’s name is Dr Shuping Wang; she tried to alert officials to the problem in 1994 and faced an angry, stonewalling response – dismissal from work and threats, finally resulting in her seeking a new life in the US in 2001. According to one British newspaper, friends and colleagues of hers back home have been menaced to persuade her to get Cowhig’s play cancelled. Although concerned for their welfare, she has vowed: “I will still not be silenced... I am deeply sad that this intimidation is happening.”

Wang’s concerns centred round malpractice in Henan province, run in the late Nineties by Li Keqiang, who has since become China’s head of government (the world’s 12th most powerful person, according to Forbes). The ramifications hardly need spelling out. What with this and Lucy Prebble’s current play at the Old Vic about the assassinated Russian whistle-blower Alexander Litvinenko A Very Expensive Poison, the new world order, in all its ominous dimensions, is spilling onto our stages.

We can’t afford to be smug here – we’ve had our own terrible health scandals. But as global power continues to shift to Beijing, we ignore this parable at our peril.'