THE KING OF HELL'S PALACE... 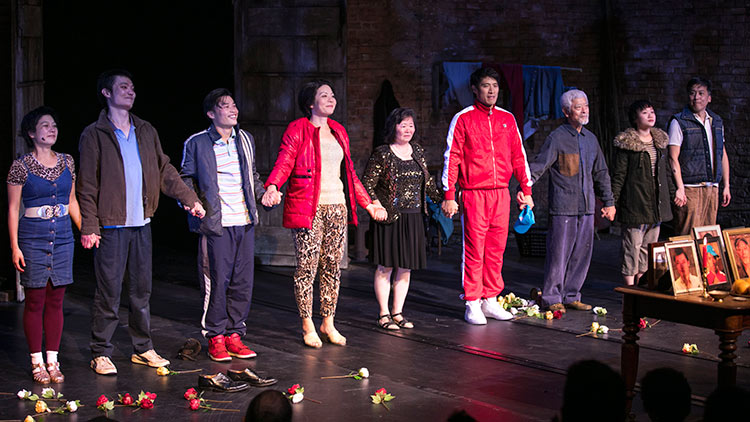 Thursday 12 September brought Press Night for Frances Ya-Chu Cowhig's epic new play The King of Hell's Palace and marked Roxana Silbert's first Main Stage Press Night as Artistic Director. It was also an honour to be joined by Dr Shuping Wang, the real life whistleblower who inspired the play, who received a standing ovation when she joined the cast on stage.

See the cast and creatives celebrating a fantastic Opening Night performance in these lovely new images.