HAMPSTEAD THEATRE, IN PARTNERSHIP WITH THE GUARDIAN, TO STREAM A SERIES OF HIT PRODUCTIONS FROM ITS DIGITAL ARCHIVE, FOR FREE 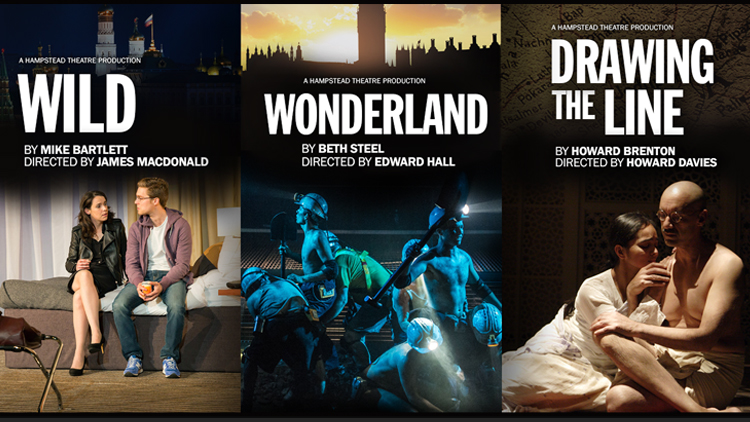 Hampstead Theatre and The Guardian will re-release the live stream recordings of Mike Bartlett’s Wild, Beth Steel’s Wonderland and Howard Brenton’s Drawing the Line for free.

Available to watch on theguardian.com and hampsteadtheatre.com, the three productions will be made available, on demand, over three consecutive weeks as part of the theatre’s #HampsteadTheatreAtHome series.

Week 1, from Monday 30 March 10am to Sunday 5 April 10pm (GMT), will feature Mike Bartlett’s Wild (2016). Directed by James Macdonald, this darkly comic play explores the unexpected, bewildering, and life-changing consequences of challenging the status quo at a global level, inspired by the case of Edward Snowden, the American whistleblower who copied and leaked classified information from the US National Security Agency in 2013.

Week 2, from Monday 6 April, 10am - Sunday 12 April, 10pm (GMT) will feature Beth Steel’s Wonderland (2014). Directed by the theatre’s previous Artistic Director, Edward Hall, this epic and witty drama takes a look at the clashing ideologies during the UK’s Miners' Strike of 1984–85 and presents the full sweep of the turbulent events that transformed the country.

Week 3, from Monday 13 April, 10am – Sunday 19 April, 10pm (GMT) will feature Howard Brenton’s Drawing the Line (2013). Directed by the late Howard Davies, the play features a large ensemble, and tells the story of the chaotic partitioning of India in 1947 whilst celebrating the strength of humanity.

All three productions were originally live streamed from Hampstead Theatre and were available to watch on theguardian.com followed by an on-demand service for 72 hours.

Hampstead Theatre closed its building following UK Government advice on Monday 16 March 2020.  The #HampsteadTheatreAtHome is a series of digital initiatives designed to support audiences in isolation by sharing world class entertainment with them in their home for free. I and You, Lauren Gunderson’s witty and uplifting portrayal of friendship, youth and living life to the full is currently streaming on Instagram’s mobile video platform IGTV until Sunday 29 March, 10pm (GMT).  Starring Maisie Williams (Game of Thrones) and Zach Wyatt, it was a box office and critical success at the theatre in 2018 and previously broadcast on Instagram from 30 November to 3 December 2018.

'I am delighted and grateful to be in a position to offer this new #HampsteadTheatreAtHome series from Hampstead’s digital archive.  I hope these productions offer audiences entertainment, connection and nourishment in a time of uncertainty and isolation. These three plays all shine a light on turbulent points in our international history which, along with acknowledging the worst of human behaviour, celebrates the ingenuity, humour, compassion and resilience of the best.

Thank you to the many artists involved for allowing us to create this series so quickly and to The Guardian for being our wonderful streaming partner again, helping us reach as many people as possible.'