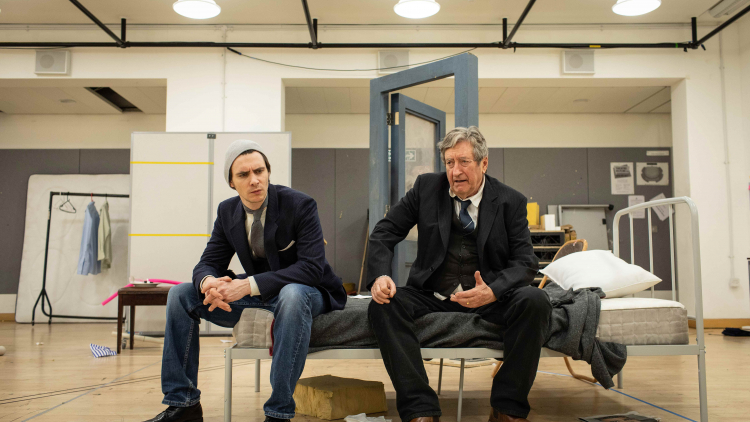 'The rug just got pulled from under our feet... They built the set, the lights are positioned, we're a day away. We've got it in our bodies and we're just waiting to go ahead'

On Wednesday 25 March, which was due to be the opening night for the 60th anniversary production of Harold Pinter's The Dumb Waiter, actors Philip Jackson and Harry Lloyd spoke to Mishal Husain on Radio 4's Today programme.

They also performed an extract as part of 'The Show Must Go On' - a segment dedicated to performances postponed due to COVID-19.

Originally premiered in January 1960 as part of the Hampstead Theatre Club’s first season, The Dumb Waiter is a seminal early comedy from the Nobel Prize-winning British writer and would have been the first production in the Hampstead Classics season, which celebrates 60 years of original theatre with the restaging of four major plays from our archive.