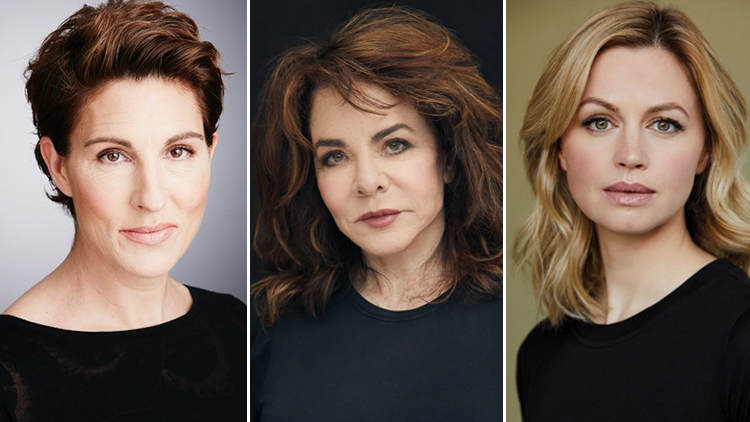 Hampstead Theatre is delighted to announce its remaining Main Stage productions for 2021.

Stockard Channing and Rebecca Night will perform in the Pulitzer Prize-winning ‘night, Mother by Marsha Norman. This astonishing play, which had its UK premiere at Hampstead Theatre in 1985, will be directed by the theatre’s Artistic Director, Roxana Silbert. ‘night, Mother will run from 22 October until 4 December 2021.

Tamsin Greig will perform in Alan Plater’s raucously funny Peggy For You. Richard Wilson will direct this Olivier-nominated play, which had its world premiere at Hampstead Theatre in 1999. Peggy For You will run from 10 December until 29 January 2022.

Additional dates for Shelagh Stephenson’s Olivier Award-winning comedy, The Memory of Water, directed by Alice Hamilton, will also go on sale for 27 September through to 16 October. Performances begin on 3 September.

From 27 September onwards, Hampstead Theatre’s Main Stage productions will return to 100% capacity, but a limited number of socially distanced performances will be available.

Priority booking is open from 10.30am today. Public booking is open from Wednesday 1 September at 10.30am. Due to anticipated high demand, people are encouraged to secure tickets for all three productions early via an Autumn Season Offer, available to purchase until 12 September. Further details are available via hampsteadtheatre.com.

“I am delighted to be announcing the final productions from this pandemic year, both from our Hampstead Original series. Brilliant plays attract brilliant artists and I am proud to be producing plays with extraordinary parts for women with extraordinary talent and welcoming Richard back to stage directing."


Richard Wilson, director of Peggy For You, said:

“I am so pleased to be returning to theatre and especially to Hampstead, which I remember being started by James Roose Evans all those years ago in a small hut by a Swiss Cottage bus stop. I have also directed and acted at the theatre many times over the years. Alan's play is a wonderful, fun tribute to a remarkable woman who has had such an impact on the UK's theatre industry. I’m also delighted to have the opportunity to work with Tamsin Greig again to bring the terrific Peggy Ramsay to life this Christmas."

‘night, Mother, winner of the Pulitzer Prize for Drama (1983) and the Susan Smith Blackburn Award (1982-83), explores a mother and a daughter’s lives, relationships and up-to-the-minute life defining choices with unblinking honesty, raw humour and suspense.

Marsha Norman is a multi-award-winning screenwriter, novelist and playwright.  Her other plays include Getting Out and an adaptation of Louise Erdrich's novel The Master Butchers Singing Club. She won the Tony Award for Best Book of a Musical for The Secret Garden.

“I am worried about you, but I’m going to do what I can before I go. We’re not just going to sit around tonight. I made a list of things.”

Rebecca Night will play the role of Jessie. Rebecca returns to Hampstead Theatre having previously starred in The Meeting (2015) and Terry Johnson’s Prism (2017). Other theatre credits include The Grapes of Wrath (Chichester Festival Theatre) and The Importance of Being Earnest (Vaudeville Theatre). Screen credits include Fanny Hill (2007), Wuthering Heights (2009) and Maigret (2016).

Peggy For You is based on the life of Alan Plater's former agent, the legendary Peggy Ramsay. It received its world premiere at Hampstead Theatre in 1999 and was Olivier nominated for Best New Comedy (2001). Plater’s raucously funny play is peopled with characters who fall under the spell of this unlikely heroine, who believed infinitely more in art than she did in money – or in good manners.

Alan Plater wrote extensively for the stage, screen and radio from the 1960s to the 2000s. Starting out on the seminal police drama Z Cars, his 200+ full length TV dramas include The Beiderbecke Trilogy and the BAFTA winning A Very British Coup.

"If any of my clients is rich, it’s entirely by accident."

Tamsin Greig will star as the legend that held complete sway over the theatre world in a career that spanned thirty years. The Olivier Award-winning actress makes a highly anticipated return to Hampstead following Tony Kushner’s The Intelligent Homosexual’s Guide to Capitalism and Socialism with a Key to the Scriptures in 2016 and William Boyd’s Longing (2014). Recent stage credits include Twelfth Night (National Theatre) and Labour of Love (West End). Screen credits include Friday Night Dinner, Episodes and Green Wing.

Richard Wilson will be directing his sixth Hampstead production. Previous work includes Terry Johnson’s Imagine Drowning (1991), Simon Burke’s The Lodger (1994) and Antony Sher’s Primo, which transferred from the National Theatre in 2005. A former Associate of the Royal Court Theatre, Wilson directed many new plays there including Mr Kolpert (2000), The Woman Before (2005) and Rainbow Kiss (2006).

The full cast and creative team of Peggy For You will be announced in due course.

Hampstead Theatre is currently staging Sam Yates’ critically acclaimed production of Tennessee Williams’ The Two Character Play, which ends on 28 August. This innovative, psychological thriller by one of the world’s great dramatists premiered at the theatre in 1967. The world premiere of Big Big Sky by Tom Wells is running at Hampstead Downstairs until 11 September.  This beautifully tender new play is directed by Tessa Walker, Hampstead Theatre’s new Associate Director. Both productions remain socially distanced with reduced capacity.

The world premiere of Mufaro Makubika’s new play Malindadzimu will be staged at Hampstead Theatre Downstairs from 17 September until 30 October 2021. This delicate, witty and epic new play explores a mother and daughter’s search for belonging and their struggle with a multicultural heritage. Malindadzimu features Shyko Amos, Kudzai Mangombe, Sifiso Mazibuko, Tendai Humphrey Sitima and Natasha Williams, with direction by Monique Touko. Hampstead Downstairs will remain socially distanced with reduced capacity for the duration of this production.