The Telegraph: The tragic... 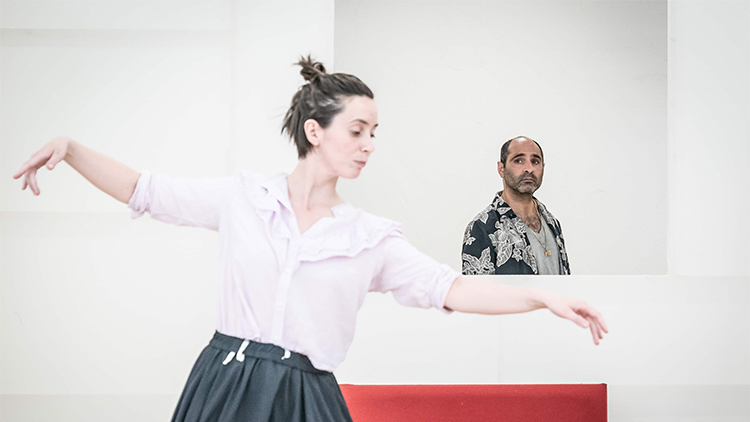 '...if Williams’s career resembled a public stage on which to ceaselessly re-enact his private psychodrama, in The Two Character Play he seems to not only once again dramatise his sister’s arrested existence, but to identify with it on a personal level like never before.

Structurally, it resembles a nightmarish hall of mirrors. Two siblings in an empty theatre, abandoned by their company, who have declared them insane, are compelled to perform alone a play about two siblings unable to leave home following the murder of their mother by their father who has then committed suicide. Both stories soon start bleeding into each other, with the audience unsure where the performance begins and ends and with both brother and sister symbiotically dependent and unable to leave the theatre, terrified that the other is collapsing into madness.

“You can’t help, on first encountering it, to ask, ‘Just what is this play?’,” says the director Sam Yates, whose production stars Kate O’Flynn, the British actress who won plaudits for her performance as Laura in John Tiffany’s visionary revival of The Glass Menagerie in 2016. “Where did it come from in him?”

“As he grew older, Williams was very preoccupied with finding new theatrical forms to express the changing content of his life,” says Yates. “Both Clare and Felice in the play are terrified of confinement, but confinement can also mean artistically confined, boxed in. Williams was an older-generation playwright who’d established a certain style. He was one of the proponents of naturalism, along with Eugene O’Neill and Clifford Odets, and that’s what the public expected from him. So, although by the mid-1960s you’ve got playwrights such as Beckett, Pirandello and Pinter pushing a new expressionistic form, you’ve also got the American public saying to Tennessee: ‘We don’t want that sort of work from you’.”'